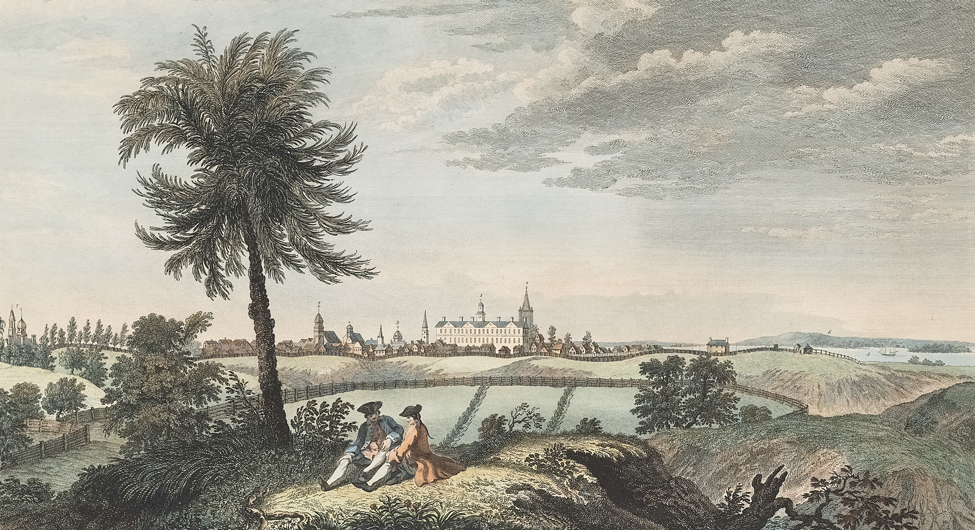 Thomas Howdell, “A South East View of the City of New York in North America,” ca. 1763

Museum of the City of New York, Gift of Miss Edith Allen Clark in memory of her late brother, P.A. Clark, 51.48.2

The print evokes the bucolic nature of Manhattan in the mid-18th century. Today, this spot lies roughly at the intersection of Varick and Beach Streets. The city rises in the distance. King’s College (now Columbia University) stands in the center, with the spire of Trinity Church to its right and five prominent structures to its left: (from left to right) the New Dutch Church, the French Church, the South Dutch Church, City Hall, and the Presbyterian Church on Wall Street. AR