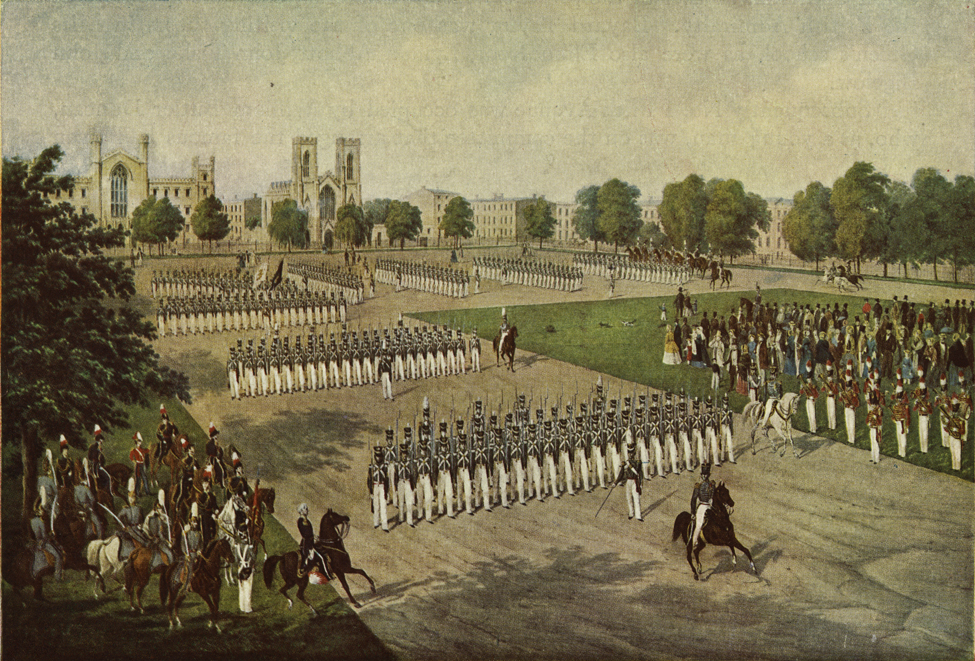 This illustration shows a mix of people gathering to watch the Seventh Regiment of the National Guard parade around Washington Square. As an 1837 guide to the city explained, “The chief military parade ground is Washington Square, in front of that fine Gothic structure, the University of New York. There the militia of this great city display their skill in arms. There the volunteer companies exhibit their fine uniforms, their full equipments, and their knowledge in the art of pacific war.” In the distance (at left), on the square’s eastern edge, is the crenellated Gothic-style building of New York University, built in white marble from 1832–35 and designed by Town, Davis and Dakin. NYU sold the adjoining property, at a considerable profit, to the Reformed Dutch Church in 1837. The twin-towered church, designed by Minard Lafever, was completed in 1840. The monumental character of these buildings reflect institutional ambitions and respond to their frontage on Washington Square, which in a remarkably short period of time became one of the city’s most prestigious locations. AR