The discipline of traffic regulation on the grid began in 1900 when William Phelps Eno began writing prolifically on the subject. His articles, first published in The Rider and Driver and then distributed as pamphlets, discussed new rules to bring order to streets that were rapidly reaching capacity due in part to the jumble of pedestrians, horses, and carriages chaotically navigating around each other. His first set of rules laid out basics, such as which side of the road to drive on, how to make turns at intersections, and the idea of the right of way. JR 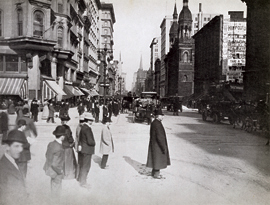 This image, published in a compilation of William Phelps Eno’s recommendations in 1909, shows an innovation introduced early in the century. Read More 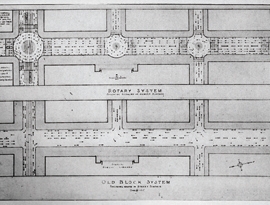 Imagine New York with roundabouts instead of traffic lights at intersections. Eno’s enthusiasm for the block system had waned by 1920. Read More 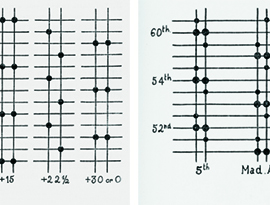 These diagrams show the “progressive system,” as it was known, with traffic moving up and down the avenues. Read More 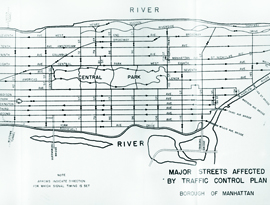 Beginning in the early 20th century, the idea of a one-way system was considered a method of optimizing traffic flow. Read More 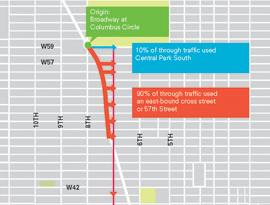 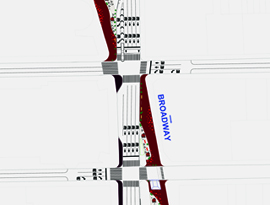 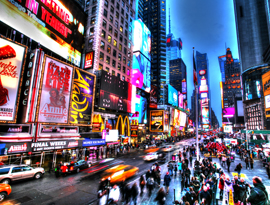 In 2009 the New York City Department of Transportation closed Broadway from 42nd to 47th Street on a temporary basis, to test the impact of pedestrianization on an area… Read More