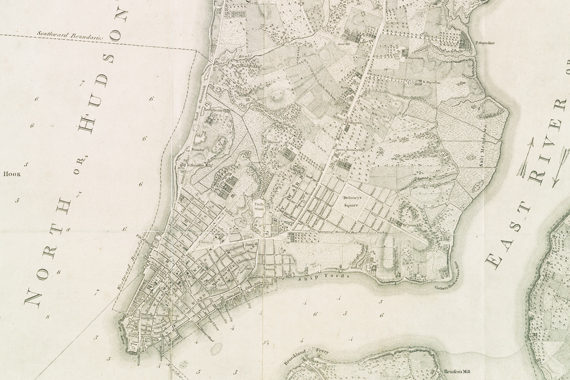 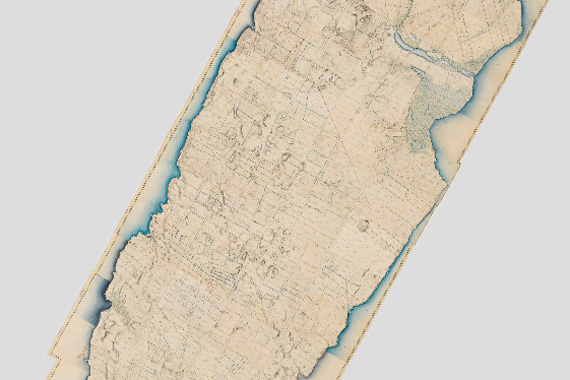 Before the grid, New York City grew organically, with no overarching order.

The southern tip of the island of Manhattan was a knot of short streets, some dating back to the Dutch settlement of New Amsterdam. They were shaped by local conditions, built piecemeal, and lacked a unifying order. The rest of the island was a patchwork of farms and meadows, ponds and marshes, laced with meandering country roads and with ample ground for expansion. Read More

New York’s port was the economic engine driving the city’s dramatic growth at the turn of the 19th century. New York quickly surpassed Philadelphia and Boston, the rival ports of the colonial era (1624–1776), not only because of its deep port, a natural asset, but also because of its financial and commercial ecosystem supporting port trade. This thriving economy depended on a functional street system to circulate merchandise, access building lots, and organize daily life. Streets were the lifeblood of the city.

During the colonial era, streets were not regarded as a public asset. Developed by private owners, they were weakly regulated by colonial authorities. The city did not implement public street improvements directly; it incentivized individual property owners to build them.

At the start of the 19th century, the city streets emerged as the armature of a developing public realm. The Common Council, the city’s governing body, took increasing responsibility to manage the streets—keeping them clear of obstacles, approving new street openings, and assessing property owners to pay for their upkeep. The city also began building streets. An 1803 ruling of the Common Council captures this new municipal attitude in condemning streets that “served only their private advantage, without a just regard for the welfare of others, and to the almost total neglect of public convenience and general usefulness.” Show Less