In 1807 the commissioners appointed John Randel, Jr. as their secretary and surveyor. Over a period of 14 years, from 1807 to 1820, when he completed a detailed atlas of the island, the Randel Farm Maps, he was responsible for surveying the island and outlining the streets. Randel’s first wave of surveying informed the 1811 plan: his work is reflected in the elevation notations, the varying distances between the avenues, the unvarying 200-foot width of the blocks, and the hierarchy of street widths. Read More In the next phase of work for the Common Council, Randel meticulously resurveyed the island, placing stone monuments at the location of future streets and recording the properties and natural features that the grid would have to reorganize. Show Less 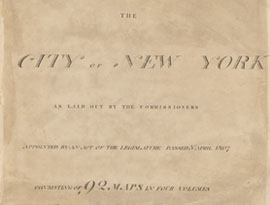 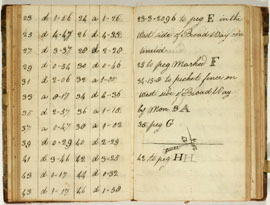 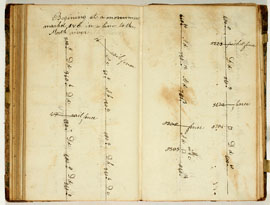 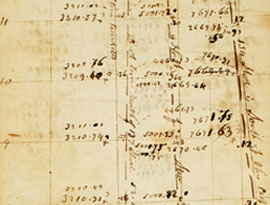 The top page of this spread shows a diagram where Randel notes a crucial distinction in surveying. When a surveyor plumbs up his sighting device and looks forward, he is... Read More 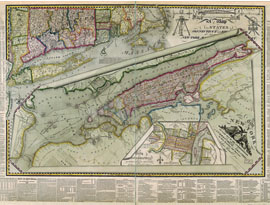