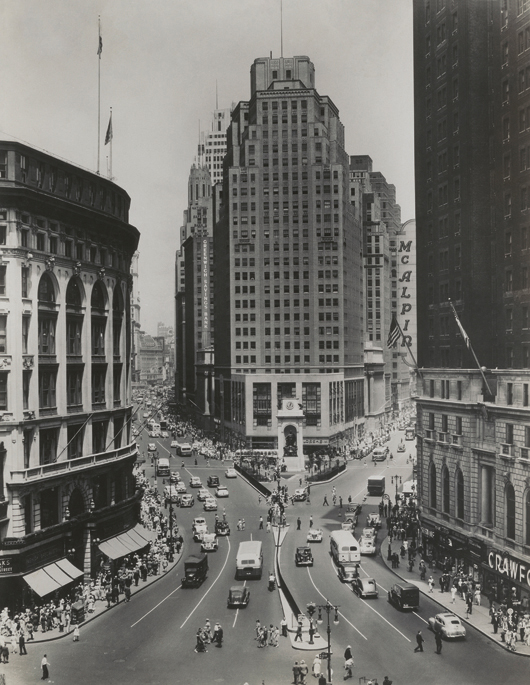 This photograph from 1938 shows something altogether different than the previous image from 1900. Traffic has been rationalized, corporations enlarged and nationalized, and Herald Square cleared of its chaos. Straight ahead is the new 26-story New York Herald Building, completed in 1930. To the left is the Saks clothing store, which had migrated from Grand Street on the Lower East Side and would later move to Fifth Avenue. Gimbels, whose building was designed by Daniel Burnham, was a block north, as was Macy’s, which still remains on Herald Square. On the right is the Hotel McAlpin, which anchored Herald Square’s hotel and theater worlds and still stands today. MP