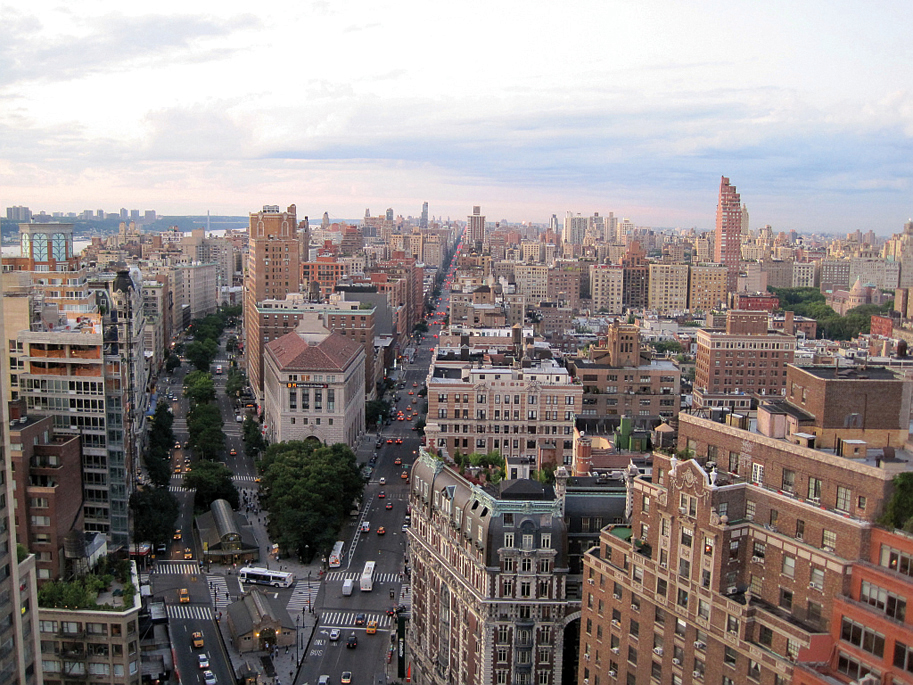 The northernmost intersection of Broadway with an avenue occurs at West 72nd Street, where the opportunity to create a public space was exploited. The small park here, known as Verdi Square, echoes those at Herald and Greeley Squares (at 33rd Street). The Central Savings Bank just north of the park fills out the wedge-shaped lot. It is the transportation occurring above and below ground that make these intersections distinctly New York. At the southwest corner of the park, in the foreground, is a new headhouse (opened in 2002) for the subway lines that cross underneath, built to augment the original 1904 headhouse. At the bowties, the express subway lines cross with the local lines, and vehicles and pedestrians converge from a multitude of streets. These are not the residential squares of Europe or even Gramercy and Washington Squares. The uptown bowties are nodal points on the grid, where the bustle of New York is brought out in all of its glory. JR