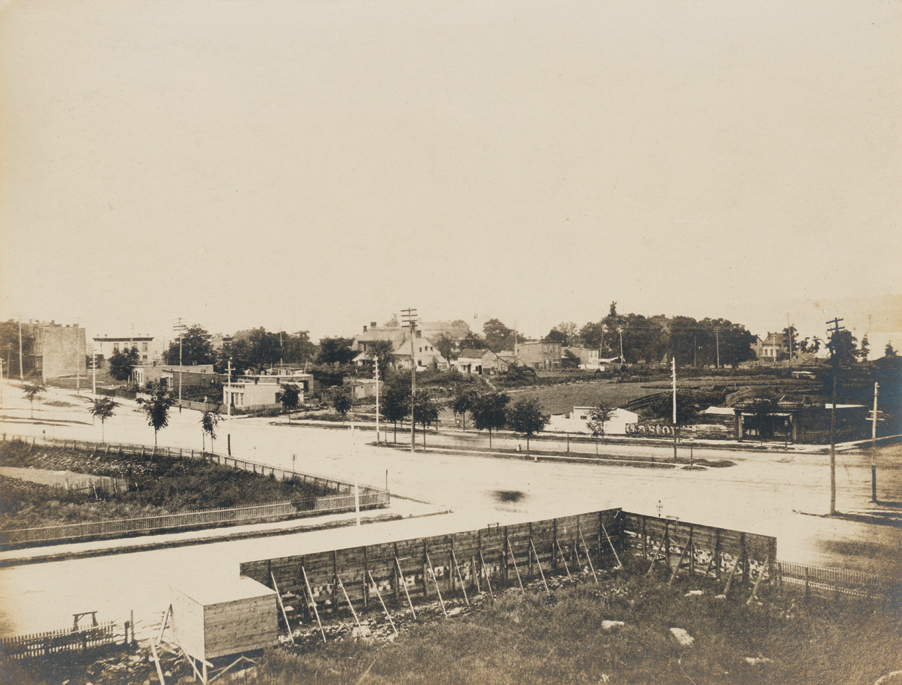 The ragtag look of this intersection, now best known as the entrance to the 72nd Street subway station but officially Verdi Square, is a visual reminder of the uneven development of Manhattan. There was no steady march uptown, but rather a chaotic frenzy of investment, development, underdevelopment, delayed development, and holdouts—all part of the reality of capitalist real estate development. This view shows older farmsteads, set well back from the old Bloomingdale Road (renamed Broadway), but also townhouses built right up to the sidewalk of the new Amsterdam Avenue. The fences are there not to hold in animals, but to mark buildable and saleable territory, and to demarcate a line between public space and private property. It is likely that on the other side of the fence in the foreground, one would see advertisements; the capacity to communicate to the passing throngs often made a site as valuable as the building itself. MP