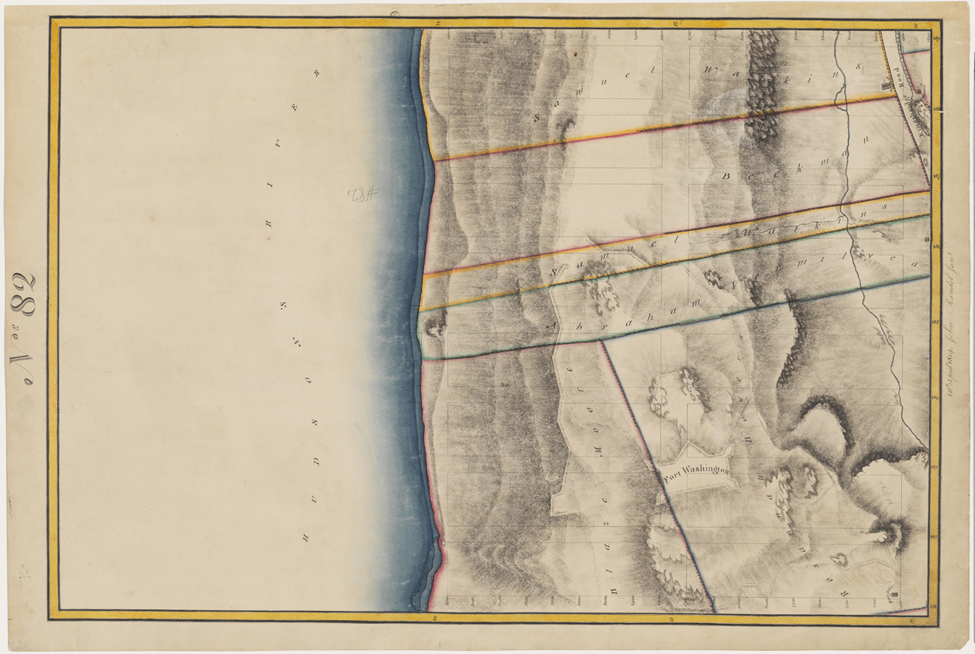 This map depicts the area a few blocks north of where the George Washington Bridge now spans the Hudson River, at West 178th Street. The area has some of Manhattan’s highest elevations, which explains why Fort Washington was built here to defend the city against the British during the Revolutionary War. Although the Randel Farm Map shows the outlines of city blocks on the steep hills and pre-existing property lines at the north end of the island, the 1811 grid plan only extended to 155th Street, in part due to the rugged terrain in northern Manhattan. RR