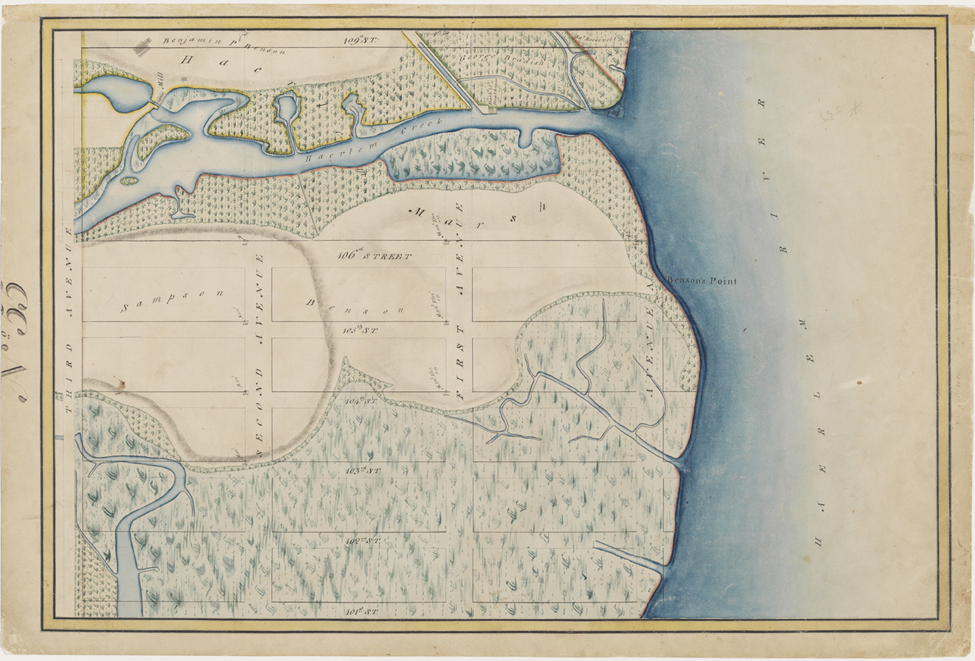 The gridded streets and avenues of the Commissioners’ Plan were overlaid upon hills and wetlands alike. However, the commissioners did set aside an area on the East Side between 106th and 109th Streets for a salt marsh where the Harlem Creek flowed out into the East River, as shown here in one of the Randel Farm Maps. Part of the Harlem Marsh, this semi-tidal creek extended more than halfway across the island from Manhattanville in West Harlem all the way to the East Side. One of Manhattan’s most significant streams at the turn of the 19th century, the Harlem Creek was an estimated 100 feet in width and 20 feet deep at its confluence with the East River. As the city expanded northward, both the creek and surrounding marshlands were eventually converted into rectangular city blocks. RR