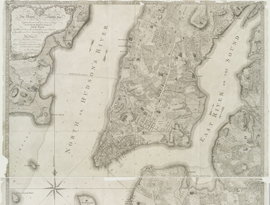 This map, by British army officer Bernard Ratzer, is the most accurate depiction of New York in its late colonial days. At the southern tip of Manhattan are the narrow... Read More 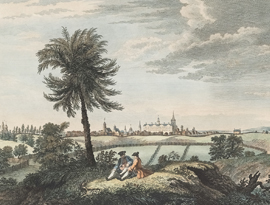 The print evokes the bucolic nature of Manhattan in the mid-18th century. Today, this spot lies roughly at the intersection of Varick and Beach Streets. Read More 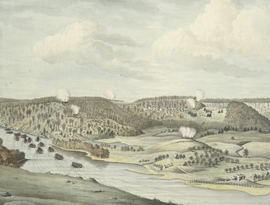 From present-day University Heights in the Bronx, the artist looks west across the Harlem River as Hessian forces take part in a successful assault to... Read More 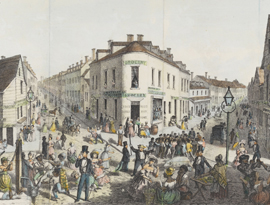 Five Points is the picture of what the grid commissioners were trying to avoid. Had the grid not happened, intersections like Five Points might have sprouted... Read More 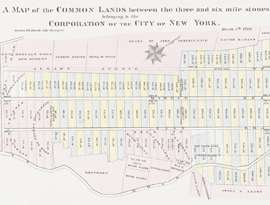 The Goerck Plan of the Common Lands, 1796

The municipality’s landholdings, known as the Common Lands, encompassed about two square miles in central Manhattan, from today’s 23rd to 90th Street between Second and... Read More 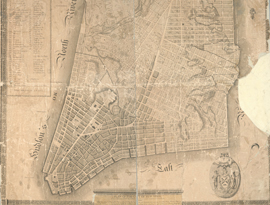