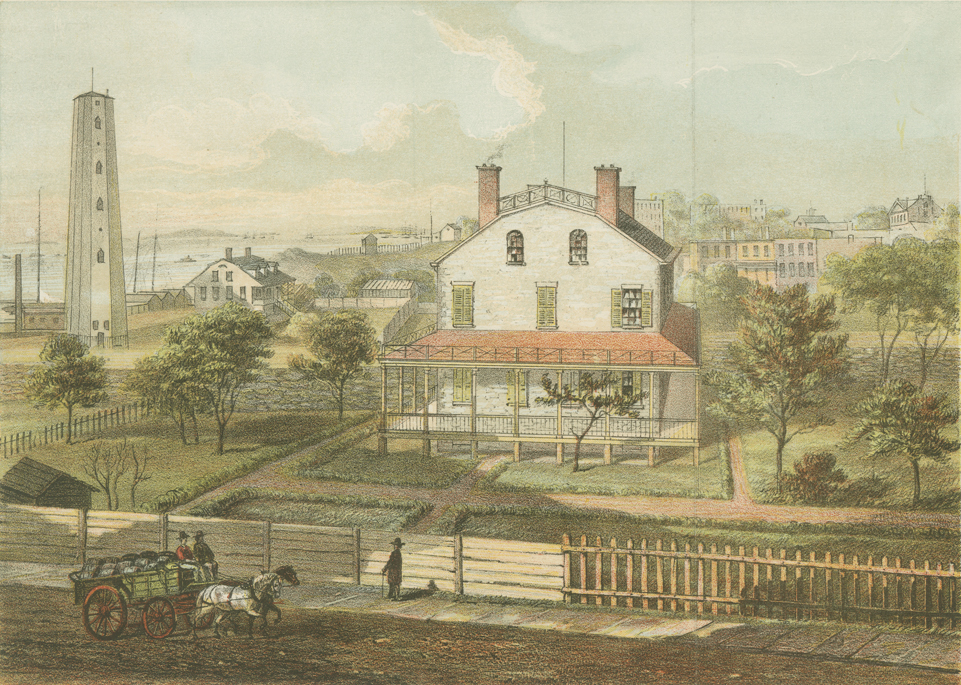 Back to Gallery
Image 23

View of the Brevoort Estate and Vicinity Between 54th & 55th Sts. near 1st Ave. Lithograph by Major & Knapp for D.T. Valentine's Manual, 1866

While James W. Beekman steered the development of his property into residences, the area around his estate developed haphazardly, with factories, slaughterhouses, mills, coal yards, and breweries built to take advantage of the riverside location. Turtle Bay became a dumping ground for local industry and was filled in by 1868. The natural drainage of De Voor’s Stream was further hampered by the city’s new streets, leading to a typhoid outbreak and other health issues. Many of the brownstones erected on Beekman’s property became rooming houses for immigrants. In this 1866 view looking south along the East River from 55th Street, the artist represents the neighborhood at the dawn of this transition. AR