Squatters moved to the fringes of the grid, in advance of development. The outcroppings that deterred developers often provided a haven for squatters, who constructed makeshift shacks on this elevated ground. 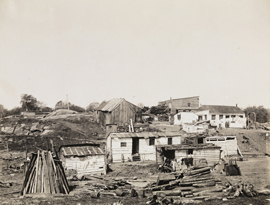 In 1864 The New York Times estimated that 20,000 squatters lived in Manhattan. Patches of the island north of 57th Street were covered in wooden shacks, built largely by... Read More 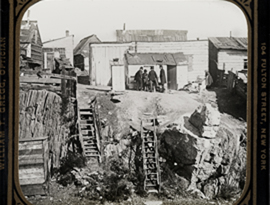 In the late 19th century, the documentary photographer Jacob Riis turned his camera on those who lived in tenements and shantytowns to illuminate how “the other half”... Read More 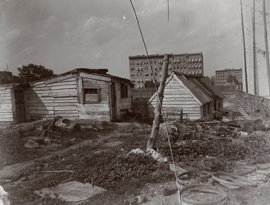 During the mid-19th century, writers typically described the squatters as sinful and uncivilized nuisances, but by the end of the century, when urban development covered... Read More 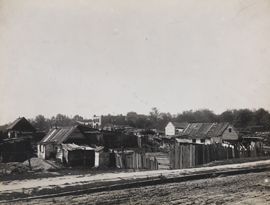