Living on The Grid 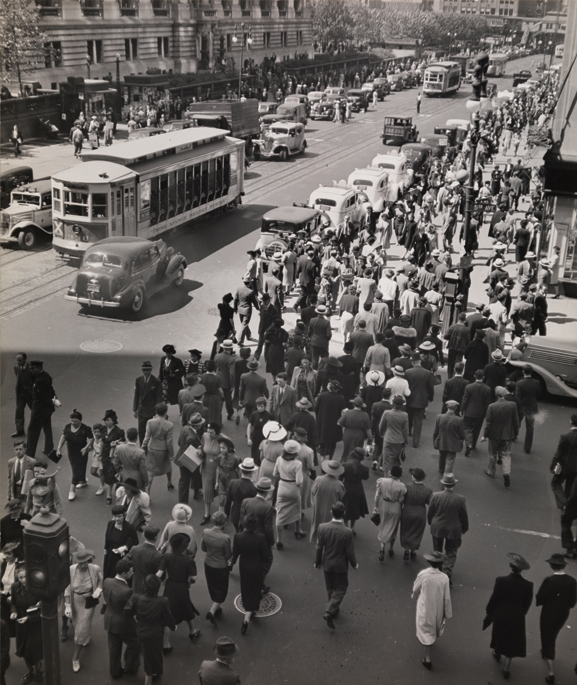 Berenice Abbott’s photograph of the intersection of Fifth Avenue and 42nd Street shows why 100-foot-wide streets can feel narrow on the grid. In the 1930s, three types of traffic—pedestrian, automobile, and streetcar—competed for space.

The 30-foot-wide sidewalks that made the avenue so hospitable to promenades in the late 19th century were fair game to street wideners in the 20th. In 1908 the process of reducing the sidewalk to allow more room for street traffic began on the stretch of Fifth Avenue between 25th and 47th Streets. Seven-and-a-half feet were removed from the width of each sidewalk, increasing the street width from 40 to 55 feet. The reduction in the pedestrian space meant that previous encroachments on the sidewalks had to go, and on mansion-lined Fifth Avenue, these were significant. Expensive architectural accouterments like terraces, gardens, stone steps, and entryways that projected into the sidewalk had to be dismantled, much to the chagrin of the property owners, who also had to foot the bill for their removal. CY