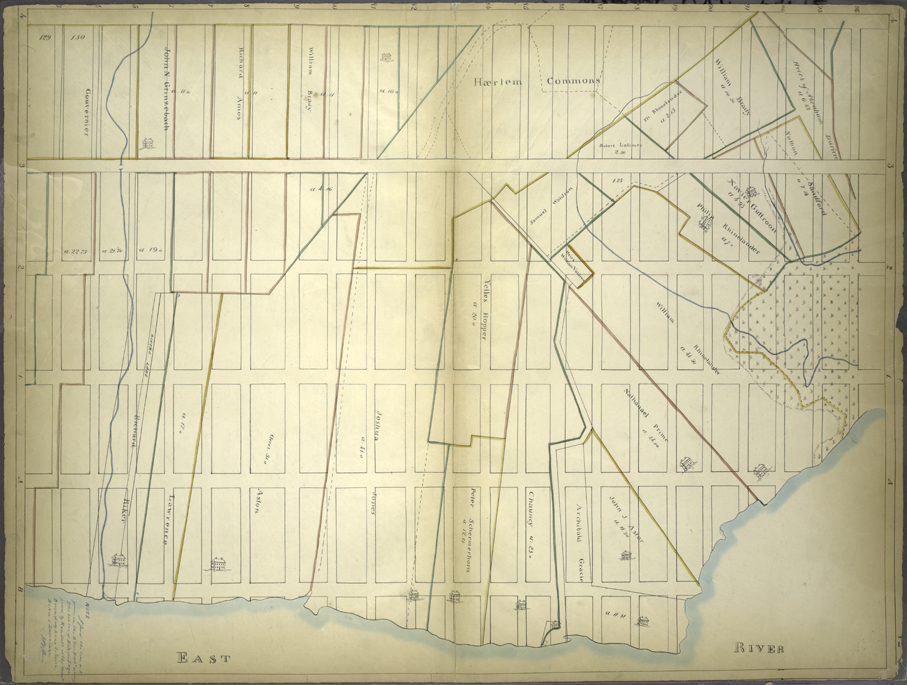 From the time he emigrated from Germany to New York, Astor lived on lower Broadway, a center of wealth in old New York. In 1828 23 percent of the city’s 500 wealthiest families lived on lower Broadway. Like other members of this class, Astor had a country estate up-island. His country house stood near 87th Street and Avenue A (York Avenue), with a prospect of the East River at the strait called Hell Gate, named for the dangerous waters.

The Sackersdorff Farm Map depicts the landholdings in 1815. At 11.3 acres, Astor’s estate was one of the smallest in the area. His neighbor to the south was Archibald Gracie, whose waterfront property would become the future site of the mayor’s residence, Gracie Mansion.