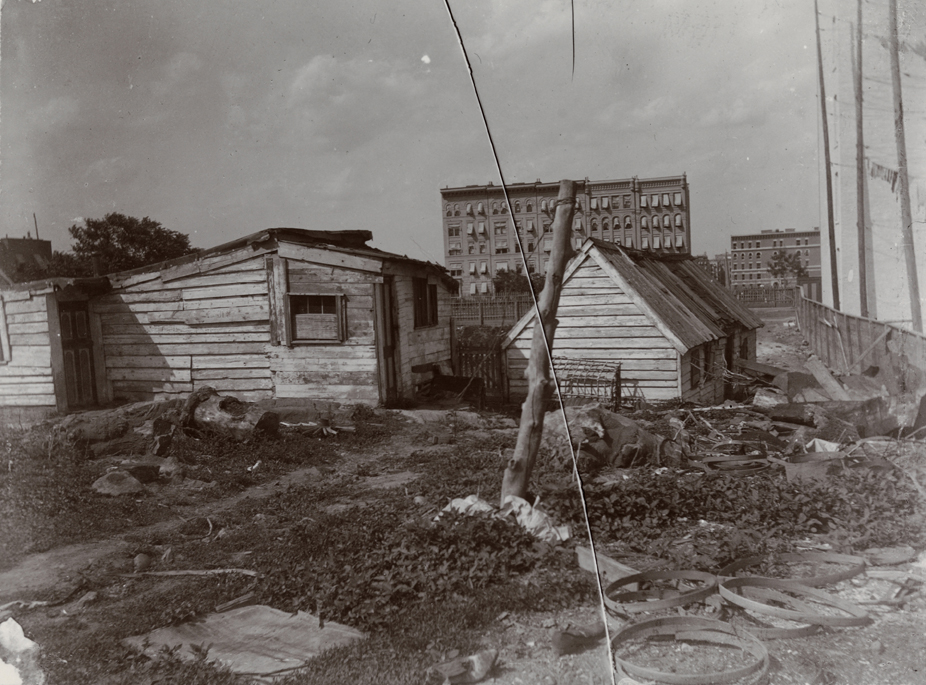 During the mid-19th century, writers typically described the squatters as sinful and uncivilized nuisances, but by the end of the century, when urban development covered the island, journalists began to write nostalgically about “shantytown.” For the city’s squatters, however, there was nothing romantic about the loss and destruction of their homes, and they resisted their evictions with protest and aggression. Many refused to leave their houses when given notice by the city and were forcibly evicted.

A mixture of this nostalgia and tension can be felt in Riis’s photograph. In the foreground, three shacks made of rough boards sit on uneven land, while new speculative buildings loom in the background. The viewer is aware that the squatters will not be able to hold the oncoming development at bay, and that soon this unregulated plot will be leveled and its squatters displaced. The image can be read as a type of before and after shot—the shacks in the front will soon become the multistory formal buildings behind them. But as these are some of shantytown’s last remnants, one knows that the squatters have nowhere left to move. AR