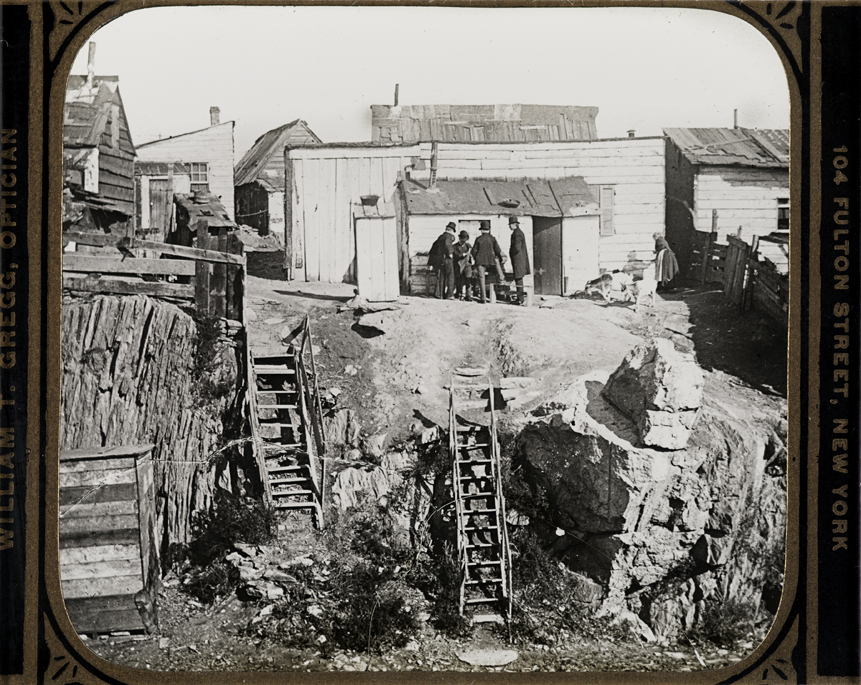 In the late 19th century, the documentary photographer Jacob Riis turned his camera on those who lived in tenements and shantytowns to illuminate how “the other half” lived. A social reformer who advocated for the poor, Riis held that “a shanty is better than a flat in a slum tenement, any day.” Large numbers of immigrants agreed with Riis and chose to reside in self-built homes in undeveloped parts of the island rather than in overcrowded tenements under a landlord’s authority.

Riis captures a shantytown erected on a rocky outcropping. Two wooden staircases lead to a settlement perched above a cliff, and modest wooden homes crowd the small mesa. A woman to the right tends her goats, a source of livelihood that provided milk and pulled carts. The photograph explains why squatters were sometimes referred to as “cliff dwellers.” AR