In the mid-20th century, superblocks were formed by erasing sections of street from the plan. Some superblocks were formed for monumental buildings, like the New York Public Library and Grand Central Terminal; others contained monumental ensembles, such as Columbia University, Rockefeller Center, and Lincoln Center. From the 1930s through the middle of the century, large sections of the grid were obliterated to create open tracts of land for tower-in-the-park housing projects, which were endorsed by many housing reform advocates as preferable to block-based tenements. Read More Although the superblocks fit into the orthogonal street system, the buildings on them often ignored the grid. Moreover, superblocks changed the grain of the city. The oversized blocks lacked the grid’s walkable character, and because they were generally reserved for only one building type—housing—they also lost the mixed-use quality of the building-lined street wall. 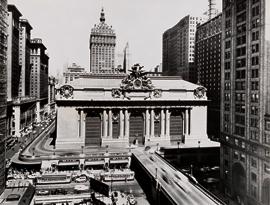 Perched across Park Avenue at 42nd Street, Grand Central Terminal is the only building in New York to obstruct a grid avenue and force a detour around itself. Read More 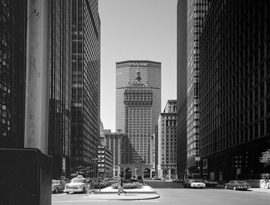 Although Grand Central had two main façades, only the south front was treated architecturally; the north façade appeared as a utilitarian back side. Read More 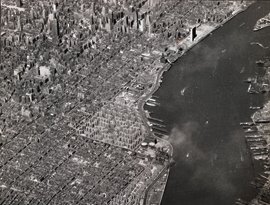 Although the commissioners considered the grid advantageous for housing, by the mid-19th century, urban critics were more aware of its disadvantages… Read More 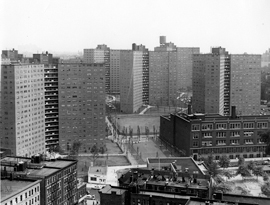 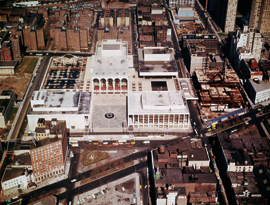