In addition to street plazas, the 1961 Zoning Resolution provided incentives to create public spaces that cut through blocks. Although the long west side blocks would have benefited most from these mid-block shortcuts, most of the arcades were built in midtown Manhattan, where the economic incentive was strongest for developers to include publicly accessible space in their lots in exchange for height bonuses. 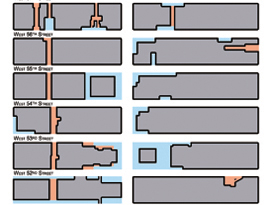 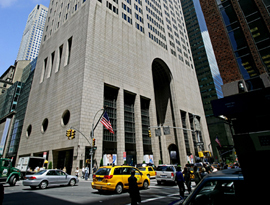 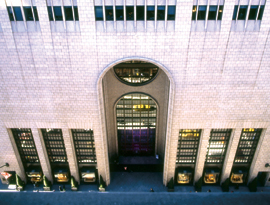 After the Sony Corporation bought 550 Madison in 1994, a renovation by Gwathmey Siegel & Associates filled in the arcade along the avenue with retail space… Read More 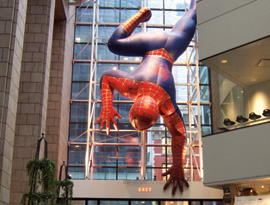 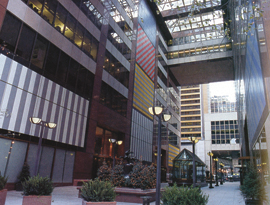 At the rear of the Equitable Center at 787 Seventh Avenue, a passageway cuts through the block between 51st and 52nd Streets… Read More