By the end of the 20th century, the grid had become less vulnerable to attack. The heyday of the tower-in-the-park housing model had come and gone, and today the density of existing construction and high real estate values make it prohibitively expensive and logistically complicated to clear multiblock tracts of land for superblock projects. Instead, the prevailing trend in Manhattan has been to reassert the grid, as the recent development of Battery Park City and the current rebuilding of lower Manhattan demonstrate. 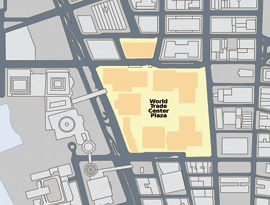 Before August 5, 1966, when ground was broken on the site of the new World Trade Center, a continuous street grid covered the western side of lower Manhattan… Read More 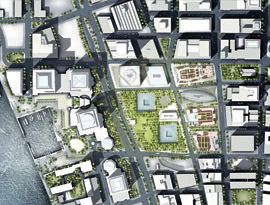 The current plan for the redevelopment of lower Manhattan proposes to knit much of the former World Trade Center superblock back into the surrounding street grid. Read More 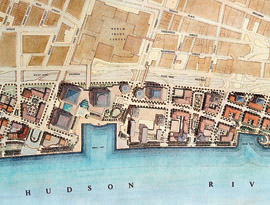 In the original plans for Battery Park City, the 92-acre landfill site along the western edge of lower Manhattan had no street grid. Read More 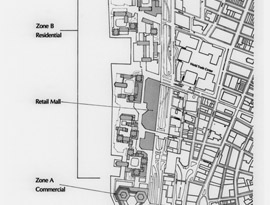 By 1971 the development of Battery Park City had slowed, and a new master plan was designed to attract investors. Read More 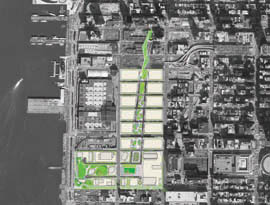 Hudson Park and Boulevard are key features of the redevelopment of the Hudson Yards, an industrial area on the far West Side between 28th and 43rd Streets. Read More