Due to its rugged terrain, the West Side developed more slowly than the East Side. Early land investors, such as the Singer sewing tycoon Edward Clark, developer of the Dakota, formed the West Side Association to promote the West Side and their real estate interests. The West Side Association was responsible for one of the major changes to the grid system: in 1890 it won city approval to rename Ninth, Tenth, and Eleventh Avenues as Columbus, Amsterdam, and West End Avenues. Read More Unlike the abstract numbers, the names were meant to suggest a neighborhood character; if they did that, it was at the expense of the clear orientation that the numbers provided. 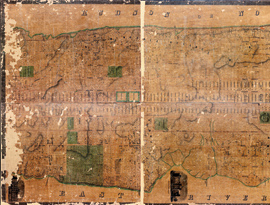 Much of the land depicted on the Dripps map of 1851 was unsettled, with just under 6 percent of city’s dwellers living in hamlets north of 50th Street… Read More 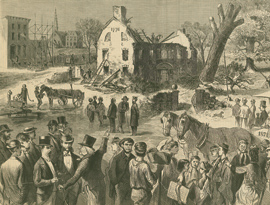 The March of Improvement 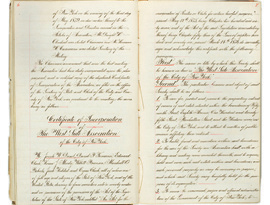 The West Side Association

In 1866, as builders, developers, and speculators were beginning to eye the West Side, local landowners and boosters formed the West Side Association… Read More 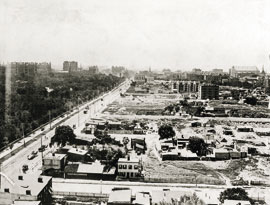 When the Dakota Apartments opened on Central Park West and 72nd Street in 1884, New Yorkers ridiculed it as Clark’s Folly, poking fun at its developer, Edward S. Clark. Read More 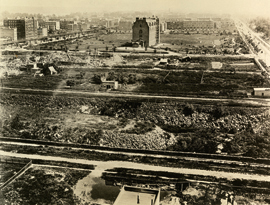 Clark began investing in West Side real estate in 1877, even as the Real Estate Record and Builders’ Guide predicted the area would become “the cheap side of the city.” Read More 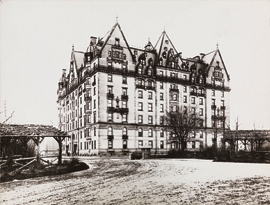 When the Dakota Apartments opened on Central Park West and 72nd Street in 1884, New Yorkers ridiculed it as Clark’s Folly, poking fun at its developer, Edward S. Clark. 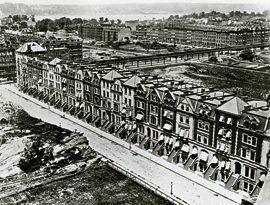 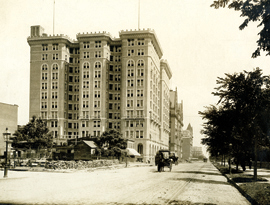 This photograph of Central Park West, recently renamed in 1883, is a study in contrasts: the lavish Majestic Hotel rises beside a modest squatter settlement. Read More 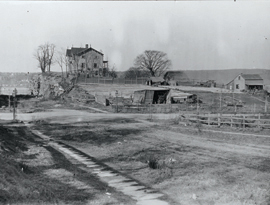 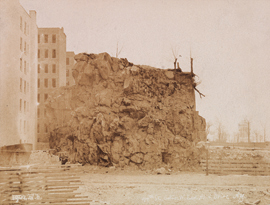 Multistory apartment buildings have been erected on the block, and a weathered slice of the hill remains as a souvenir of the old landscape. Read More