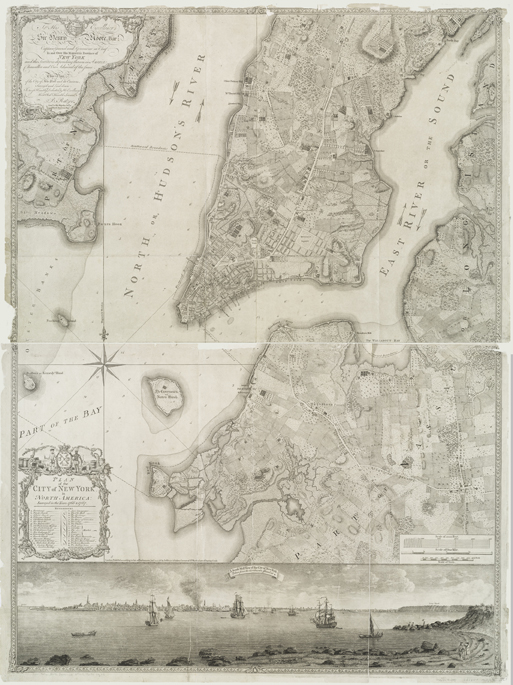 This map, by British army officer Bernard Ratzer, is the most accurate depiction of New York in its late colonial days. At the southern tip of Manhattan are the narrow, crooked streets of Dutch and English New York. Both in the colonial town and beyond, Ratzer captured the island’s varied topography: hills and valleys; meadows, cultivated fields, and woods; ponds, streams, and swamps; and roads radiating northward along routes that started, in many cases, as native pathways.

The beginnings of order—not imposed by plan but conceived by private owners—are evident. Some owners of large properties carved their land into small grids, each abutting another at a different angle. For the most part, property owners opened streets as they saw fit, with little municipal regulation. GK