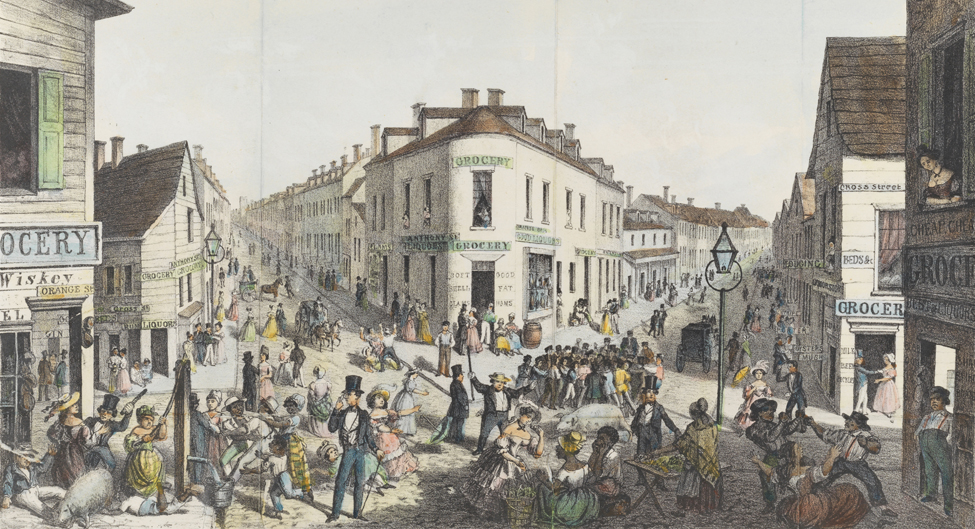 Five Points is the picture of what the grid commissioners were trying to avoid. Had the grid not happened, intersections like Five Points might have sprouted all over the island. Five Points was the five-way junction of Orange (now Baxter), Cross (Mosco), and Anthony (Worth) Streets. In the early 19th century, Five Points was just beginning to emerge as the center of an urbanizing neighborhood to the immediate southeast of the disappearing Collect Pond, and it would become one of the city’s most notorious slums. GK