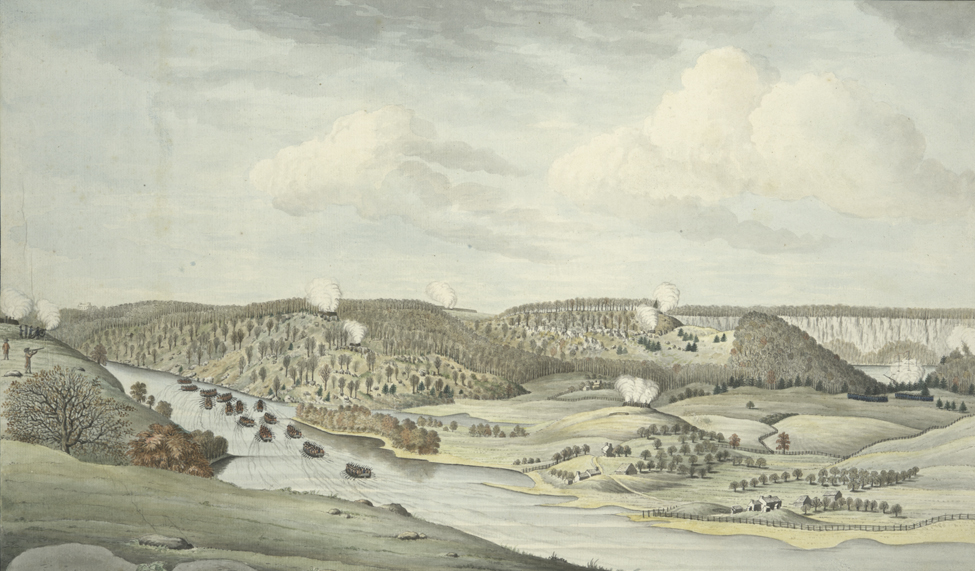 Thomas Davies, A view of the attack against Fort Washington and rebel redouts near New York on the 16 of November 1776 by the British and Hessian brigades, 1776

From present-day University Heights in the Bronx, the artist looks west across the Harlem River as Hessian forces take part in a successful assault to capture Fort Washington during the Revolutionary War. The image captures the late-18th-century landscape of northern Manhattan, with its rolling hills, forests, and rocks, with only a few homes and farms by the Harlem River. The Morris-Jumel Mansion, used as General Washington’s headquarters, appears in the distance to the left. AR