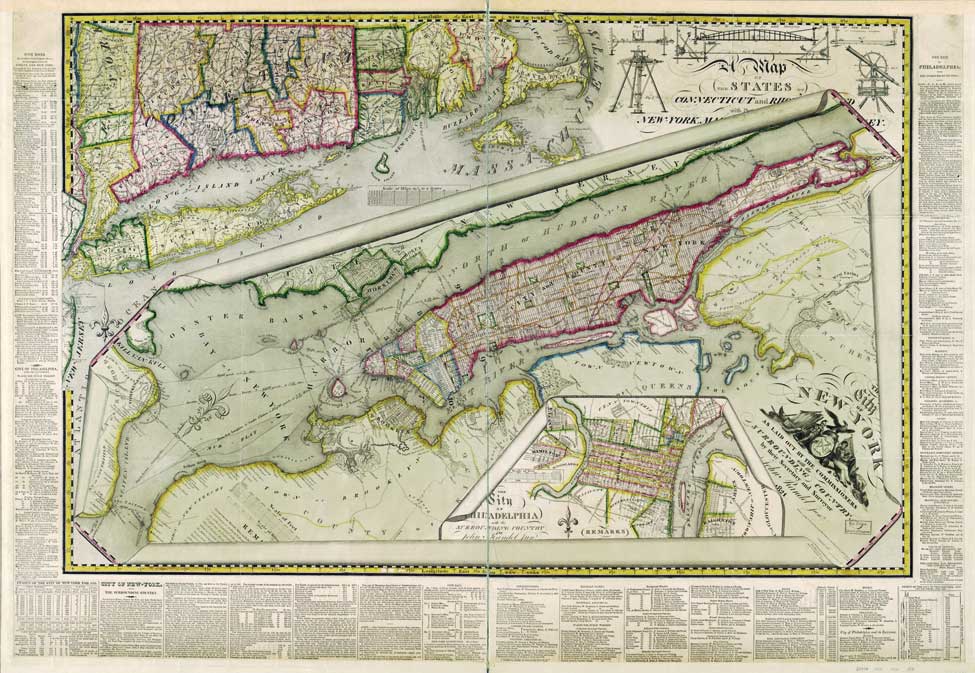 The City of New York as laid out by the commissioners with the surrounding country by their secretary and surveyor John Randel, Junr., 1821. Colored copperplate engraving

This map is a testimonial to Randel’s surveying art. He organized the picture as three superimposed maps, with the gridded island of New York placed in a regional context. At the lower right is the plan of Philadelphia, an antecedent of the New York grid. In the lengthy explanatory remarks surrounding the map, Randel refers to his source material—surveys of the city’s environs that Randel himself conducted with his brother, William S. Randel, between 1816 and 1820.

Randel emphasizes the precision of his work. In the upper right corner are his surveying tools. Randel handcrafted these special instruments to be resist temperature changes in order to assure consistent measurements throughout the year. To substantiate that exactitude, the text provides the measurements of the Manhattan grid—the width of the avenues and cross streets and the area of all public places on the 1811 plan—to three decimal points.