The Baseline of the Grid: First and First 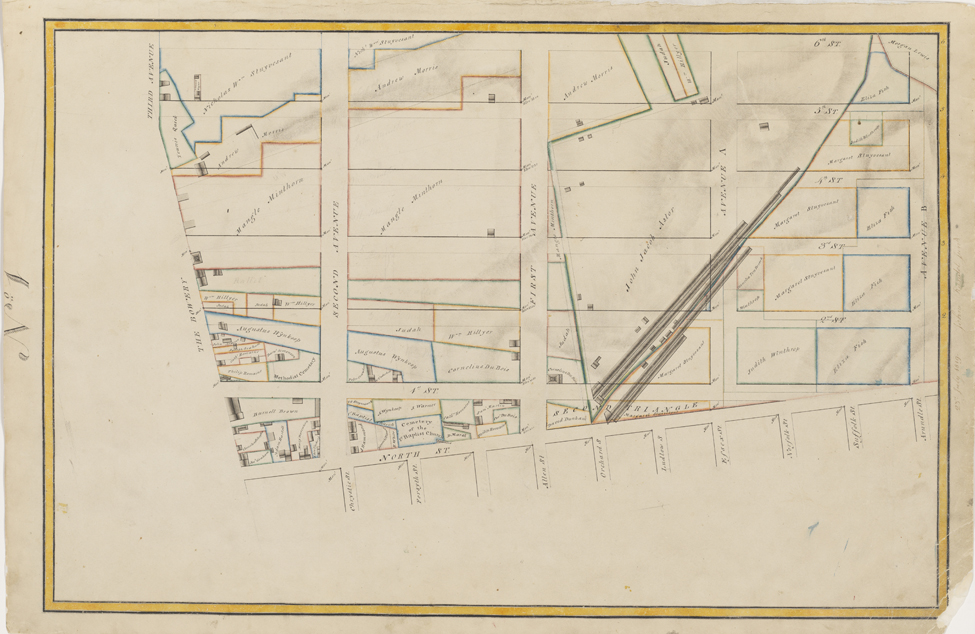 The first in the series of farm maps portrays the origin, or baseline, of the 1811 grid plan, which was to start north of North Street, now Houston Street. When establishing the commission to devise a plan for New York City in 1807, the state legislature specified that whatever form the new plan took, it was to start irregularly—above a line running from George Clinton’s wharf on the Hudson River (today, roughly Gansevoort Street), east along various streets, then south along Bowery Road, and then east along North Street to the river. Streets and neighborhoods that were already well established were to be left as they were. This map reveals the collision between the old city and the new plan: the grid itself looks almost irregular and small, bounded on the west and the south by streets impinging at odd angles. The grid came fully into its own as it moved north, the first river-to-river street being 14th Street. MH