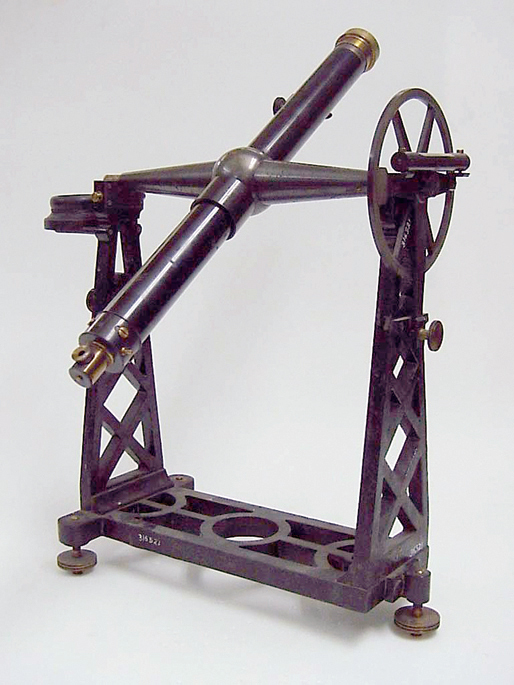 The best tool for finding true north is a geodetic transit like this one from the early 1800s. These transits are large instruments—some as tall as a person—featuring a powerful telescope mounted on an axle around which it can rotate. The surveyor would set the transit atop a sturdy wooden base and then on the first cloudless night, maneuver the transit until the north star, Polaris, was in the telescope’s crosshairs. On the following day, the surveyor could rotate the telescope downward and it would be sighting directly northward. Comparing that bearing with the north the surveyor’s compass gives, one would be able to find that all-important deviation and use it in all the surveying in that area.

In the case of the Manhattan grid, the surveyors would have had to point their compasses on a slightly different bearing for each avenue. Every line of longitude has the same bearing—true north—but they converge at the poles. Thus to keep all the blocks the same length, the avenues must have bearings that ever-so-slightly diverge in a very narrow fan. BH