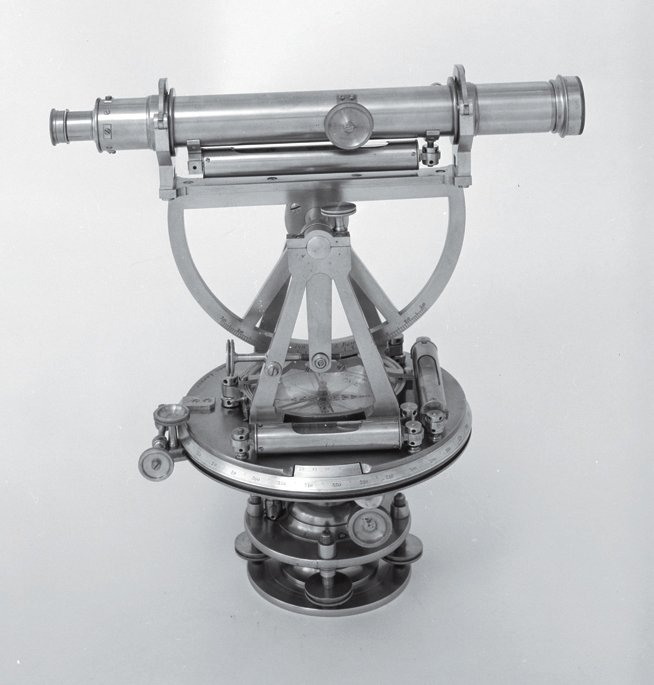 A primary job of a surveyor’s sighting device is to turn angles; that is, from a reference direction, to rotate the device’s sights a precise number of degrees so that it will be looking in the desired direction. A theodolite complements a compass and turns vertical angles.

In the photograph, the reference direction, from which angles are turned, is dead horizontal. Two perpendicular spirit levels are visible; these cylindrical tubes, familiar from carpenter’s levels, have a bubble of air floating in an oily liquid such that when the bubble is centered at the top of the crown, the spirit level is precisely horizontal along its long axis.

Lifted above the base is a sighting telescope with a half-circle arc marked in degrees. When the zero-degree mark is opposite a reference point fixed to the base, the telescope is sighting in a precise horizontal direction. To turn a vertical angle, the surveyor rotates the telescope upward or downward until the desired degree on the arc is opposite the reference mark. BH