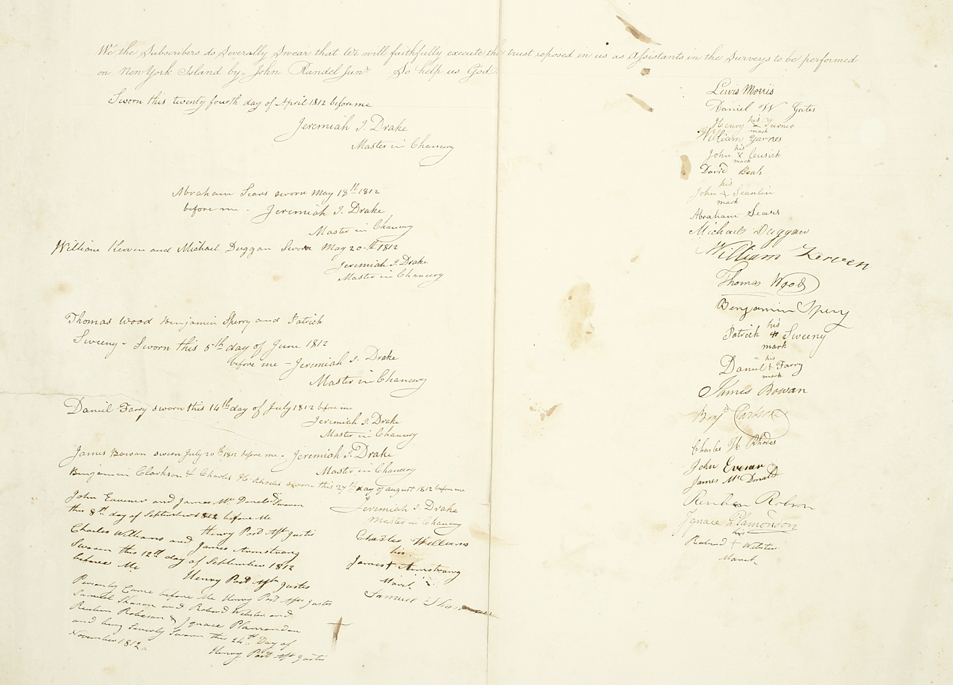 The Manhattan surveys led by Randel required a large crew of men to stretch chains or rods to measure distance, axe men to chop trees or shrubs to clear a line of sight, men to hold flags at points along that line in view of a telescope, and many others. Randel had his crew take oaths before beginning their survey work. In some cases, the oath was administered informally; he had men sign their names, or mark an x, in his notebooks when they were hired in the field. In this document, however, the oaths were formally given, certified by the Master in Chancery, the lead official of a court established by the British and dissolved in New York State in 1846.

Such oaths were standard practice because surveys were legal undertakings. Surveyors’ maps, field books, and other records were used to establish values, ownership, and boundaries, and the surveyors themselves might be called on to attest to the accuracy and honesty of their work. Thus the men had to “swear that we will faithfully execute the trust reposed in us.” MH