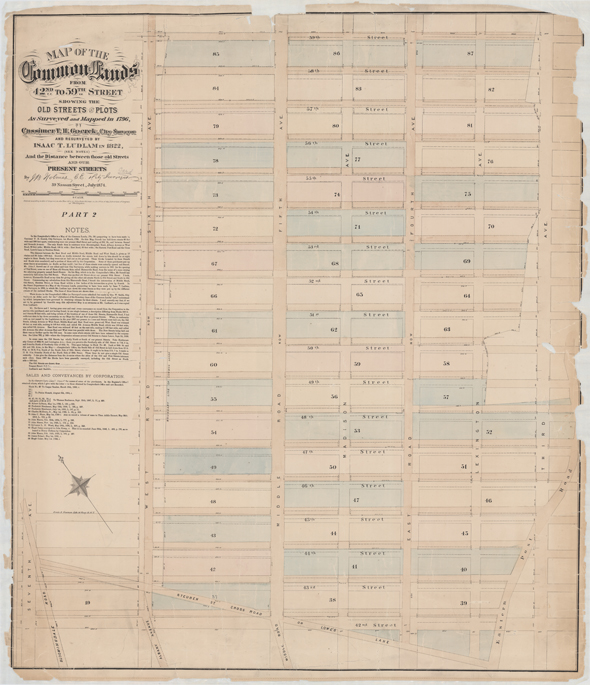 John Bute Holmes, Map of the Common Lands from 42nd to 59th Street showing the old streets and plots, as surveyed and mapped in 1796, Cassimir T. H. Goerck, city surveyor, resurveyed in 1822 by Isaac T. Ludlam and J. B. Holmes; July 1874. Lithograph

John Bute Holmes’s 1874 map illustrates how much the 1811 commissioners borrowed from Goerck’s 1796 plan of the Common Lands, including certain block and street dimensions, but it also highlights the variations in the plans. In Holmes’s map, which depicts the area between 42nd Street, the southern border of the Common Lands, and 59th Street, the dotted line represents Goerck’s plan, a full line denotes the Commissioners’ Plan, and a dash-and-dot line stands for walls built by owners, as surveyed by Isaac T. Ludlam in 1822. The discrepancies between the plans resulted in numerous controversies, which delayed the opening of most roads above 42nd Street until 1836. AR