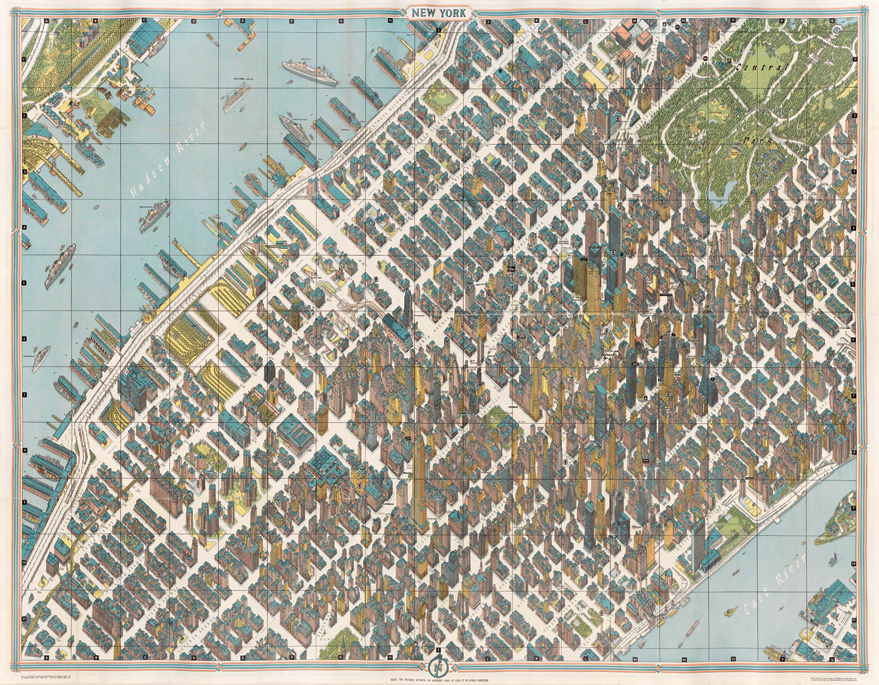 Meticulously drawn in a highly refined axonometric projection, Hermann Bollmann’s 1962 bird’s-eye view of New York represents both a significant advancement in the state of this hybridized architectural and cartographic art and a documentation of the vertical infilling of the Midtown skyline. Bollmann updates the genre of bird’s-eye views, whose origins date to the late 15th century and which was popular in the mid-19th century, by imposing a non-vanishing perspective, typically employed by architects in the depiction of individual structures. In Manhattan in Maps, Robert T. Augustyn and Paul E. Cohen note that Bollmann’s team drafted each building using 67,000 aerial photographs that were taken for the project, undoubtedly at great expense. Bollmann’s extraordinary photograph effort was only surpassed by Google Earth; its three-dimensional buildings layer is algorithmically derived and photo-enhanced, but it lacks a certain subtlety in architectural detail. MK