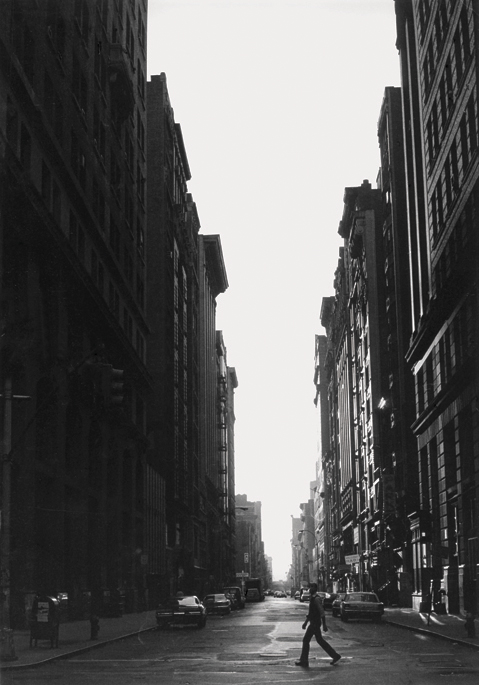 When we build a structure in the countryside, it becomes an object in the landscape. But if we build a second one, the two frame a view between them, and that piece of landscape, defined in one-point perspective, now takes on different meaning. New York’s framework has specific architectural design attributes—the street wall, uniform height, layering of façade elements—all giving strong context without uniformity and a focal point on the infinite rather on building. Given the density of the city, the uninterrupted view corridor is precious and therefore highly protected.

One-point perspective is the most majestic of man-made spatial experiences. Unknown in the natural world (trees don’t grow in allées), it has logic, underlying practicality, and at the same time a strong spiritual feeling. In New York, each street is like a nave with the earth’s horizon claiming a place of reverence.

Architects refer to the buildings that make up the street wall as “background buildings.” They are the workhorses that shape our city streets, providing a consistent datum. But Burckhardt’s photograph reveals tremendous variation in cornice height and projection, in fenestration and texture. Ultimately, this context is rich and allows us to visually measure distance through our innate sense of foreshortening, as we understand the pace of dimensional depth out to the distant haze.

The symmetry of the photograph is offset by the shadow and shade created by the sun’s orientation. Looking east/west down 141 of Manhattan’s streets, the sun rises and sets, marking the rhythm of our day, linking our urban life to natural events. This is Chelsea in the evening, so we know we are pointing west by the pattern of light. As much as linear perspective may be intuited, it is also transcendent. WEJ