Cities around the world have adopted the grid because it provides a flexible framework for growth. Most grids have larger blocks than Manhattan’s grid, which in turn affects the building types that developed on the blocks, the streetscape, and the feel of the city. For example, Chicago’s bigger city blocks produced buildings with interior courtyards, unlike the densely packed buildings on New York’s smaller lots. Read More

The 1811 plan did not have any sequels in New York City: no other borough implemented a master plan. Grids appear at the scale of the neighborhood or cluster of blocks. In the boroughs, the grid was a tool in subdivisions, not a large-scale urban planning framework as it was in Manhattan. Show Less 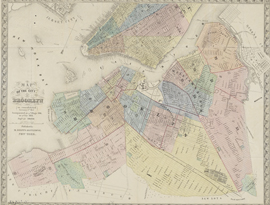 This map of Brooklyn in 1855 shows many local grids unrelated to one another and each developed separately. 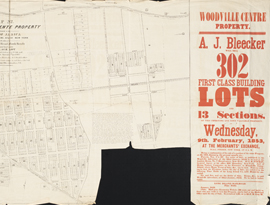 This plan shows the influence of the 1811 grid at the scale of the block subdivision.
Read More 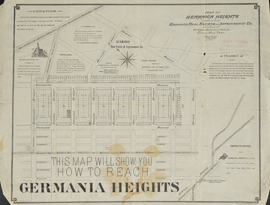 This plan shows the subdivision of several city blocks in Germania Heights, Queens, by a development company. A selling point was access to Manhattan. Read More 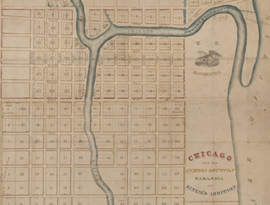 In 1834, when the population of Chicago was only about 1800, this ambitious grid plan was proposed for the fast growing city. Read More 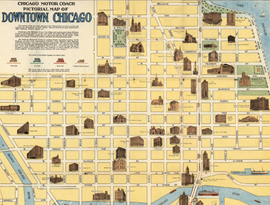 This map of downtown Chicago highlights the variation in the grid as well as the nearly square dimension of the blocks. Read More 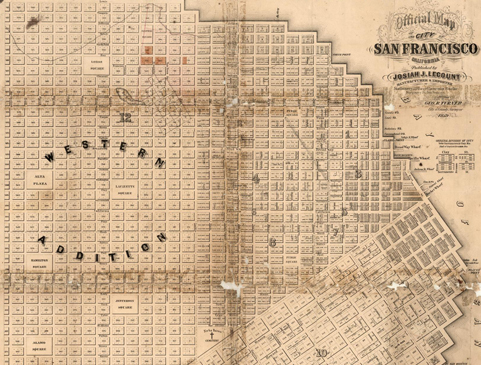 This map of 1859 shows the patchwork of clashing grids that organized the heart of the city. Read More 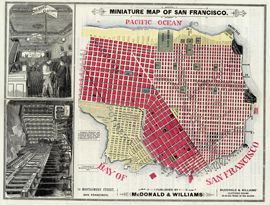 The graphic pattern of this map highlights the different grid systems of the city: the orientation of the grid, the width of the streets, and the size of the blocks. 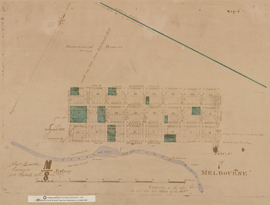 After the first British expedition in 1835, Melbourne was named by its British settlers in 1837, the date when this manuscript plan of the town was drawn by surveyor… Read More 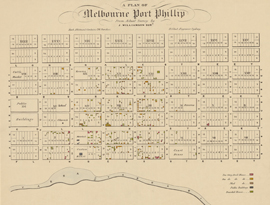 Demonstrating the flexibility of the modular system, Melbourne’s grid quickly expanded, as documented in John Williamson’s printed map of 1839 based on his “actual survey."
Read More 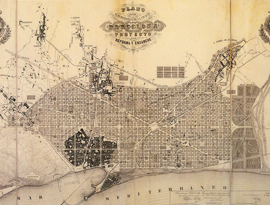 The old city of Barcelona is shown in dark, at the lower left, a gnarled and dense knot of narrow, crooked streets. Read More