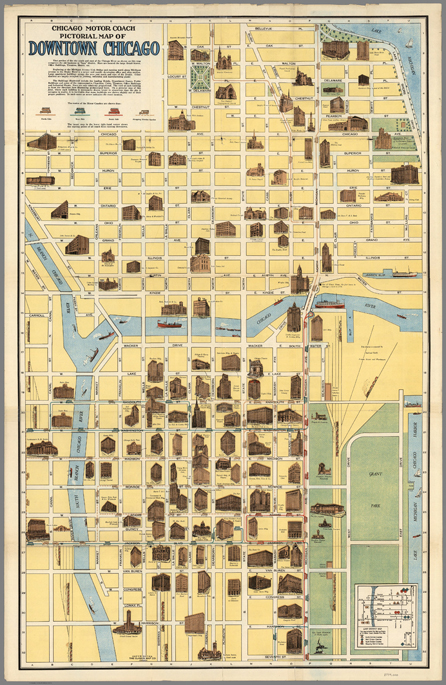 This map of downtown Chicago highlights the variation in the grid as well as the nearly square dimension of the blocks. The depth of 380 feet compared to the New York norm of 200 feet led to different patterns of development. Over time Chicago would develop high-rise buildings with large footprints, some occupying a full block, such as the Fair on East Adams Street or Carson, Pirie Scott on East Monroe. Often these buildings would incorporate interior courtyards in order to bring light into the buildings.