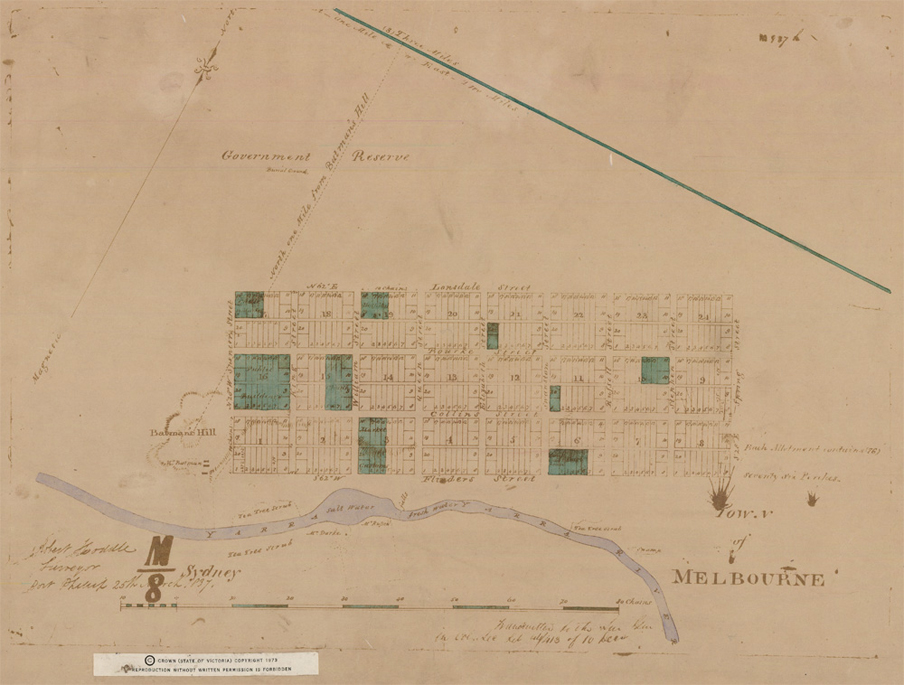 Robert Hoddle’s grid plan for the town of Melbourne (shown within the surrounding terrain of the Port Phillip District), 1837

After the first British expedition in 1835, Melbourne was named by its British settlers in 1837, the date when this manuscript plan of the town was drawn by surveyor Robert Hoddle. Located on the bank of the Yarra River, the town is envisioned as a grid of 24 rectangular blocks, each bisected by a lane that services the back of the lots. The street system has a clear hierarchy: narrow lanes running east-west, parallel streets of greater width, and even wider perpendicular streets, whose primacy is reinforced by the square lots that face onto them. Otherwise the lots are narrow rectangles, akin to those of the Manhattan grid. The plan projects an idea of compact settlement, with adjacent buildings on small town lots and an expandable system able to accommodate population growth as needed.