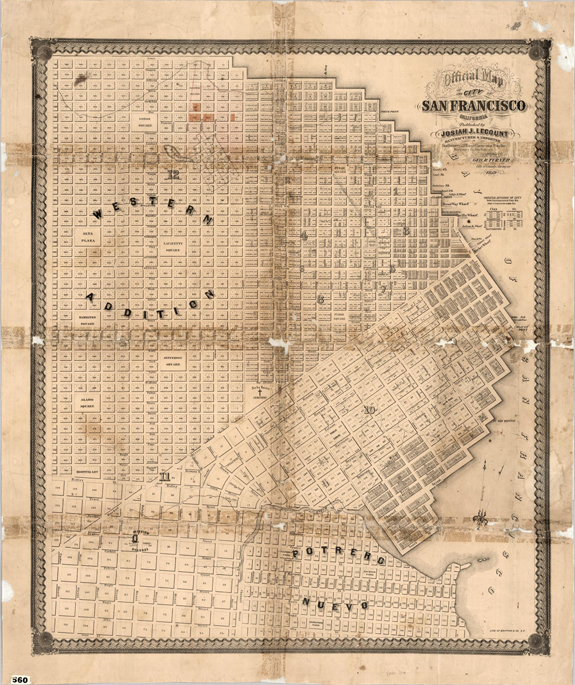 This map of 1859 shows the patchwork of clashing grids that organized the heart of the city. The first survey, dating from 1839, documents the oldest and smallest scale grid, facing the bay south of Market Street. In the next stage of development, a grid was projected west of First Street that changes orientation: instead of the length of the blocks being oriented to the bay, these blocks are oriented to Market Street. The blocks are also much larger than the bay grid, but alleys begin to divide them into smaller units more convenient for circulation and access. The grid changes again on the north side of Market Street, in the Western Addition, where it turns 45 degrees and adopts a smaller module. While San Francisco relies on the grid, it does not establish a governing master plan for the city, but has grown by stages, with a new grid developed for each stage.