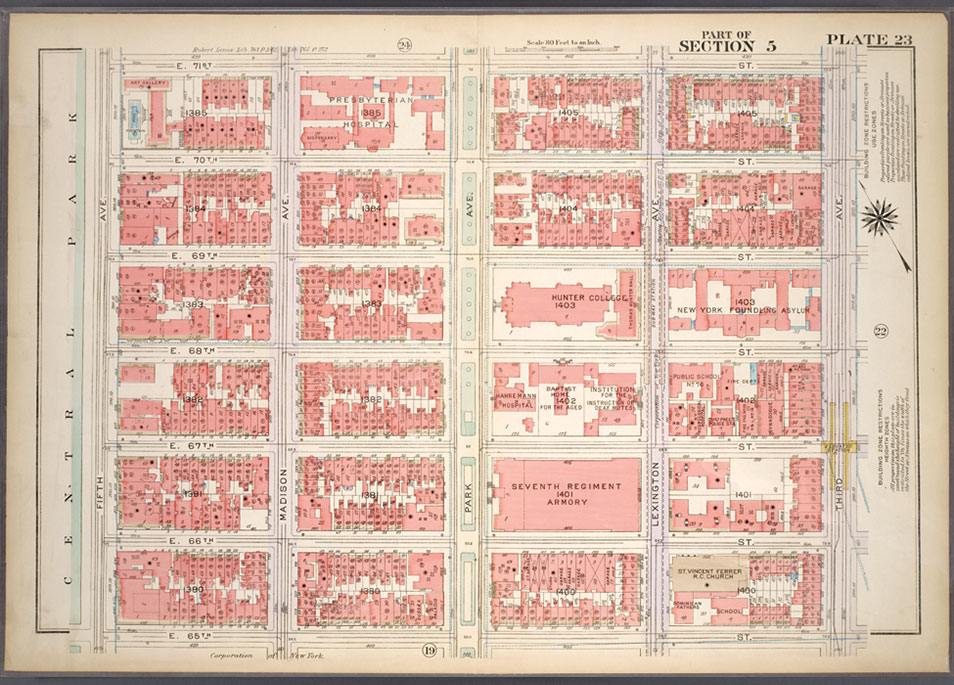 The Bromley insurance map of 1920–22 shows that the blocks east of Fifth Avenue between 65th and 71st Streets were fully developed by the early 1920s, with red building footprints nearly filling each block. Once Mrs. William B. Astor moved into her chateau on the northeast corner of 65th and Fifth Avenue in 1895, others in her circle followed suit. But Fifth Avenue is an anomaly; most of the map is covered in townhouses built on standard 25-by-100-foot lots. AR