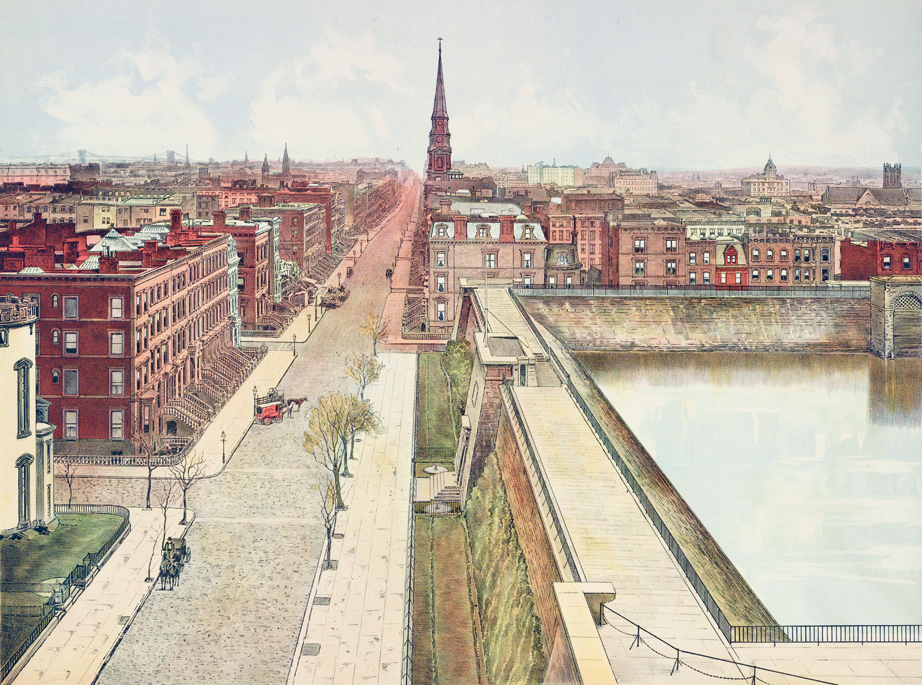 Robert A. Welcke, Fifth Avenue from 42nd Street Looking South, 1904, after an 1879 photograph by John Bachmann

By the end of the 19th century, Fifth Avenue, the “street of a thousand palaces,” had become synonymous with luxury living. Members of the city’s elite slowly built their elegant homes and institutions up the avenue, settling the area between 23rd and 34th Streets by 1868 and moving up to 59th Street during the next decade.

The view to the south is dominated by the Croton Reservoir, completed in 1842 and topped with a promenade that offered extensive views of the city. After its demolition, the New York Public Library was built on this site in 1911.

Characteristic brownstone row houses stand four to five stories tall and line the east side of the avenue with their high stoops. Made of a soft local sandstone that could be sumptuously carved, these homes came to define the elite housing along the boulevard. AR