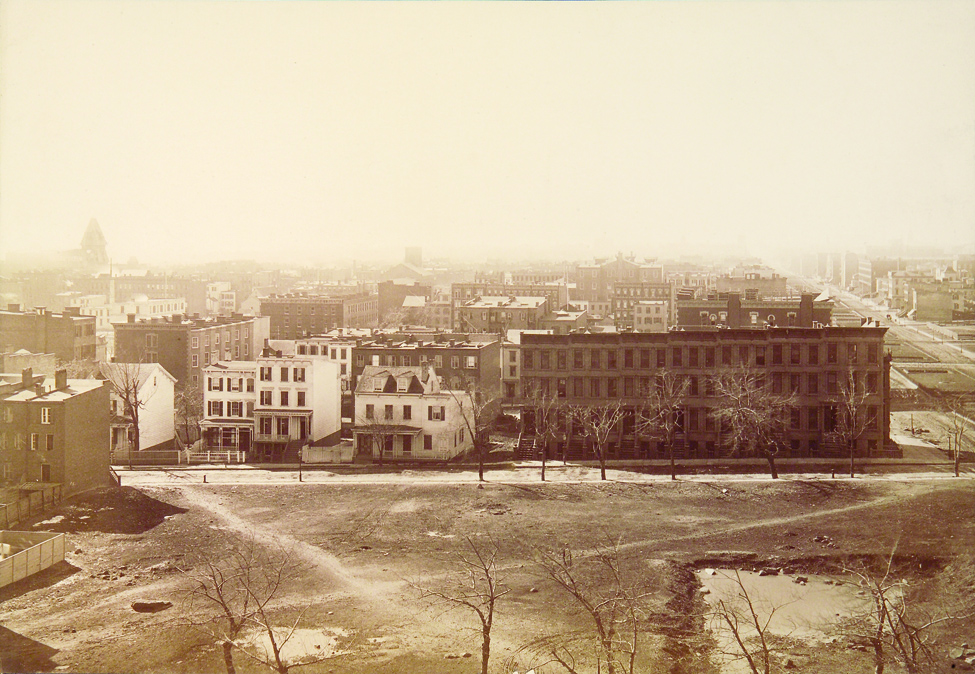 10 of 10: This view faces south, with 92nd Street in the foreground and Park Avenue at right. In the 1880s, most of the buildings near Fourth Avenue were tenements erected by speculators for the city’s burgeoning population of German, Italian, and Jewish immigrants, who moved uptown to escape the overcrowded Lower East Side. Speculative masonry apartment buildings surround four older wooden houses on East 92nd Street. The two joined frame houses, each three stories tall, still stand today: no. 122, on the left, was built in 1859, and its taller neighbor, no. 120, in 1871. During the second half of the 19th century, building codes caused a shift from frame to masonry construction; the erection of wooden buildings was outlawed south of 86th Street in 1866 and south of 155th Street in 1888. AR