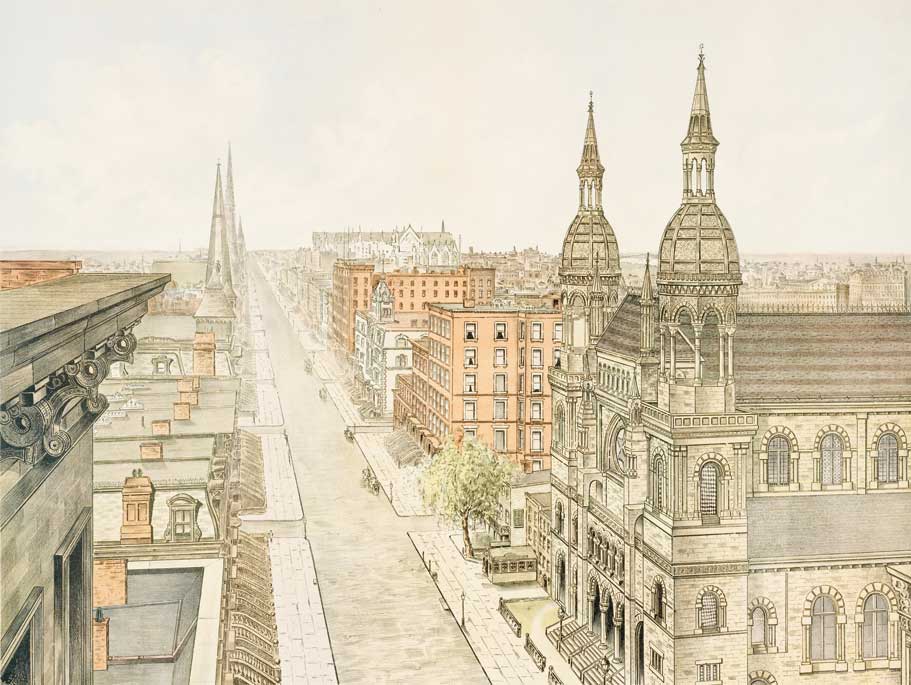 Robert A. Welcke, Fifth Avenue from 42nd Street Looking North, 1904, after an 1879 photograph by John Bachmann

The view of Fifth Avenue north of 42nd Street includes many of the city’s premier institutions. At 43rd Street stands the original Temple Emanu-El, a Moorish structure designed by Leopold Eidlitz. The spires on the west side of the avenue belong to the Collegiate Church of St. Nicholas, while in the distance rises St. Patrick’s Cathedral, depicted before its towers were completed. While many boosters praised Fifth Avenue as the “handsomest street on the Continent,” others criticized it as a symbol of the vulgar excesses of Gilded Age prosperity. A 1900 editorial in The Public scorned, “It is the wealth of these people that is paraded on Fifth Avenue, where ladies give dinner parties to their lap dogs.” AR