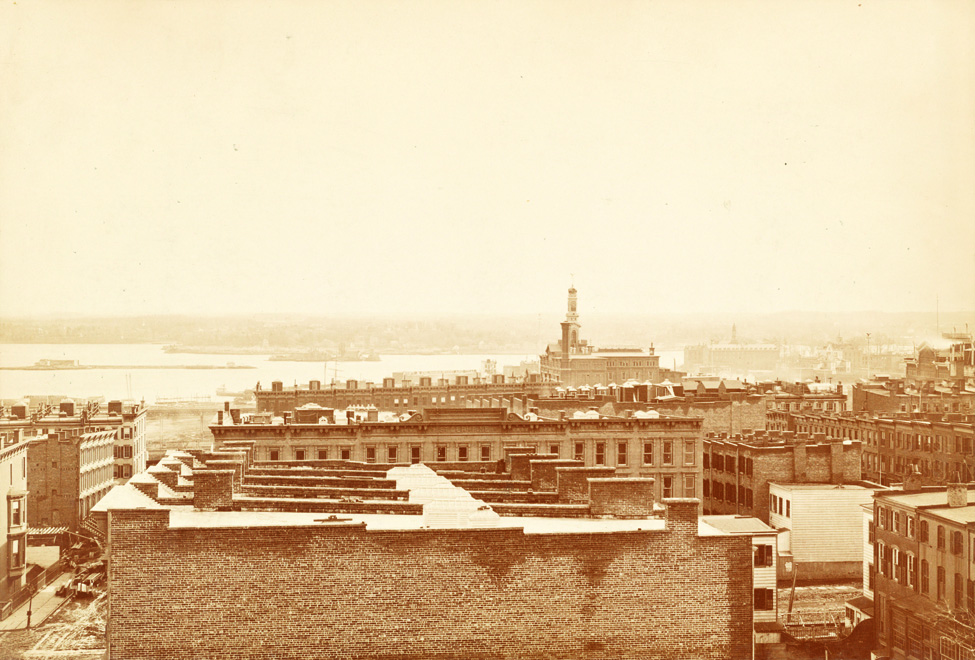 8 of 10: This view faces east, with 94th Street at left. From his house, George Ehret had a view of his own Hell Gate Brewery, the largest beer venture in the country. The building’s tall clock tower can be seen in the distance, piercing the horizon. Ehret established the venture in 1866, nine years after immigrating to New York from Germany, and he selected East 93rd Street because it was, at the time, far from the built-up portion of the city. AR