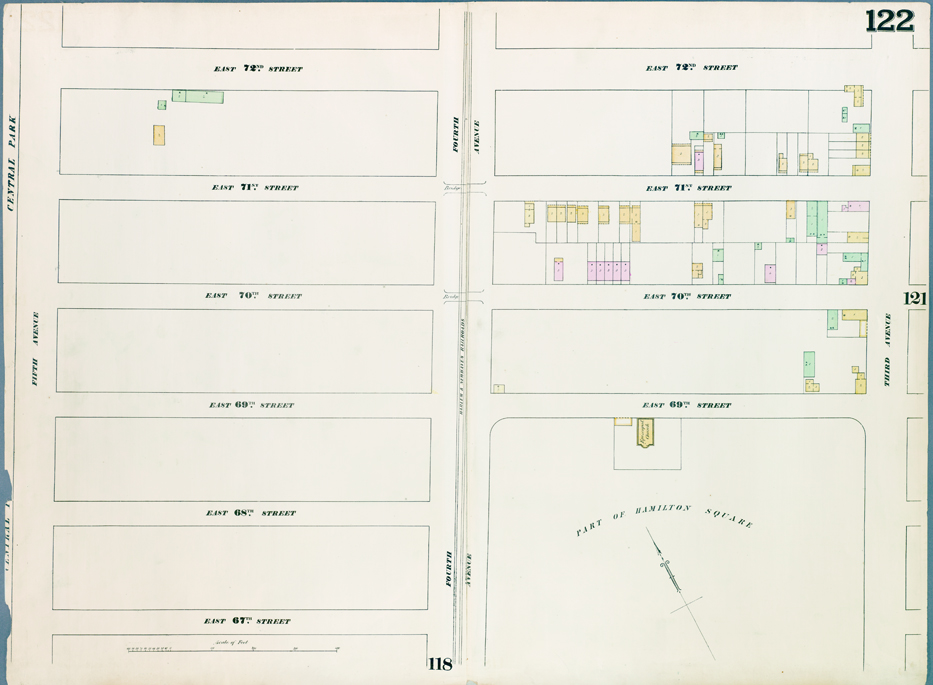 George T. Hope, the secretary of the Jefferson Insurance Company in New York, pioneered the genre of the modern fire insurance map. Around 1850 he hired engineer William Perris to survey and map the city, noting features, such as size, shape, and the construction of buildings, that would help insurance companies determine the amount of risk in covering a particular property. Perris published his multivolume atlas of New York beginning in 1852 with his partner Henry Browne.

Perris’s map from circa 1860 displays property boundaries, building footprints, the number of stories, and types of construction. Wooden buildings are colored in yellow, red indicates brick, and green designates fireproof framing. Perris’s mostly white map shows the undeveloped area east of Central Park. Hamilton Square, part of the 1811 plan, takes up the southeast corner of the map. The square was abandoned in 1868, rendered unnecessary by the opening of Central Park. AR