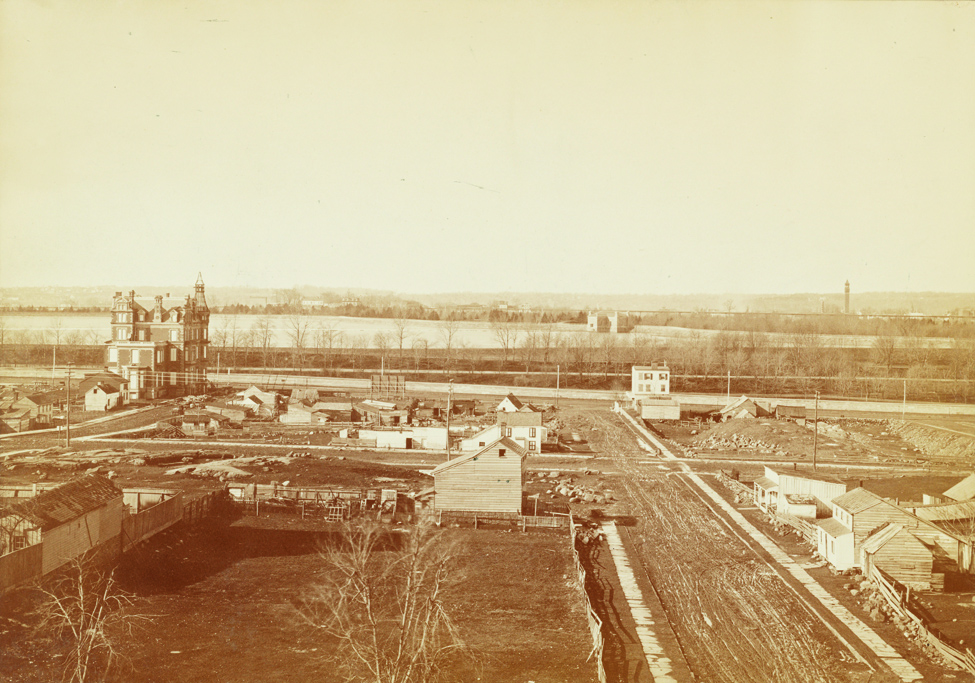 3 of 10: This view faces west, toward Central Park. The Central Park reservoir appears in the distance as well as an empty Fifth Avenue along its border. Although many land speculators invested in the land along Fifth Avenue after the creation of Central Park, believing it would become a fashionable neighborhood, Baab’s photograph shows how slowly the area took off. The only grand mansion in sight, on the southeast corner of Fifth Avenue and 93rd Street, was built by Jacob Ruppert, Ehret’s friend and brewing competitor, in 1881. The small white building on the northeast corner of 94th Street and Fifth Avenue is the Eagle Hotel. AR