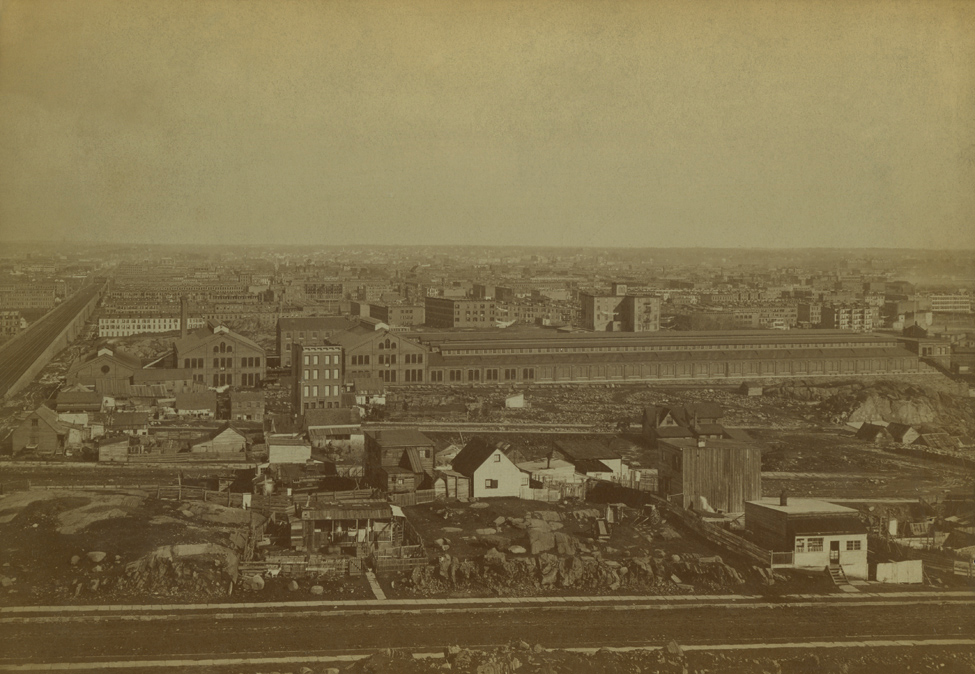 6 of 10: This view faces north, with 95th Street in the foreground. Baab’s photograph displays the squatter homes, rugged terrain, and factory buildings that flanked Fourth Avenue before its transformation. Ninety-fourth Street has been cut through and graded. The car barn for the Third Avenue El, where streetcars were stored and repaired, looms in the distance, and the railroad tracks that emerged from the underground tunnel at 96th Street are visible at left. AR