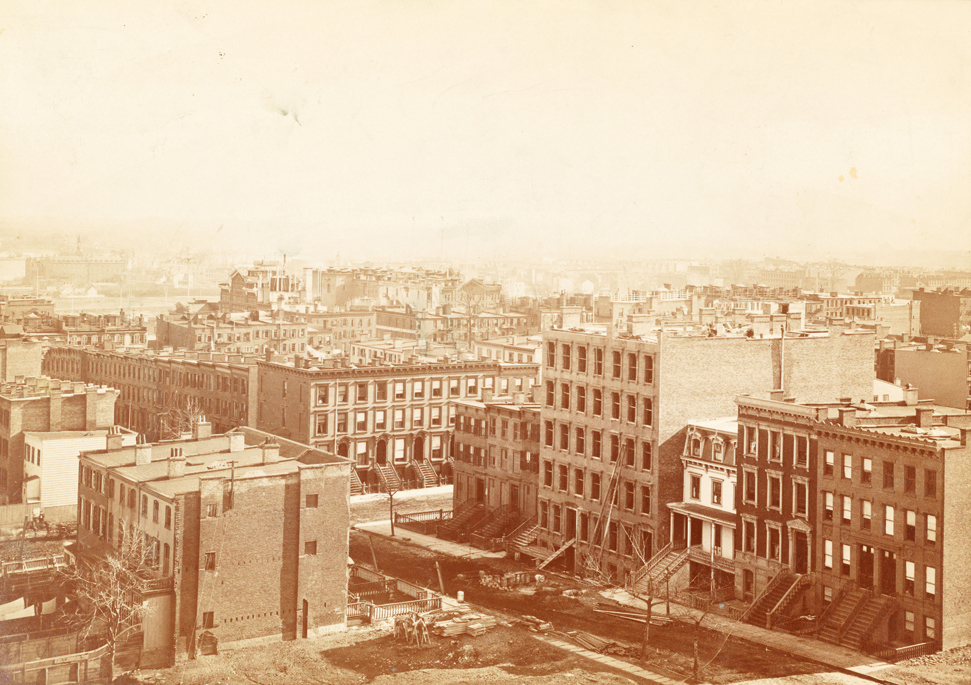 9 of 10: This view faces southeast, at the intersection of 93rd Street and Lexington Avenue. The white wood-frame house with a porch and mansard roof in the center of the block was designed by Edmund Waring and built in 1866 for Henry W. Shaw, a maker of artificial limbs. It was later owned by Edwin Henis, who worked for the brewer George Ehret. His daughter, Caroline Eggers, donated this set of Baab’s panoramic photographs to the Museum of the City of New York in 1966. AR