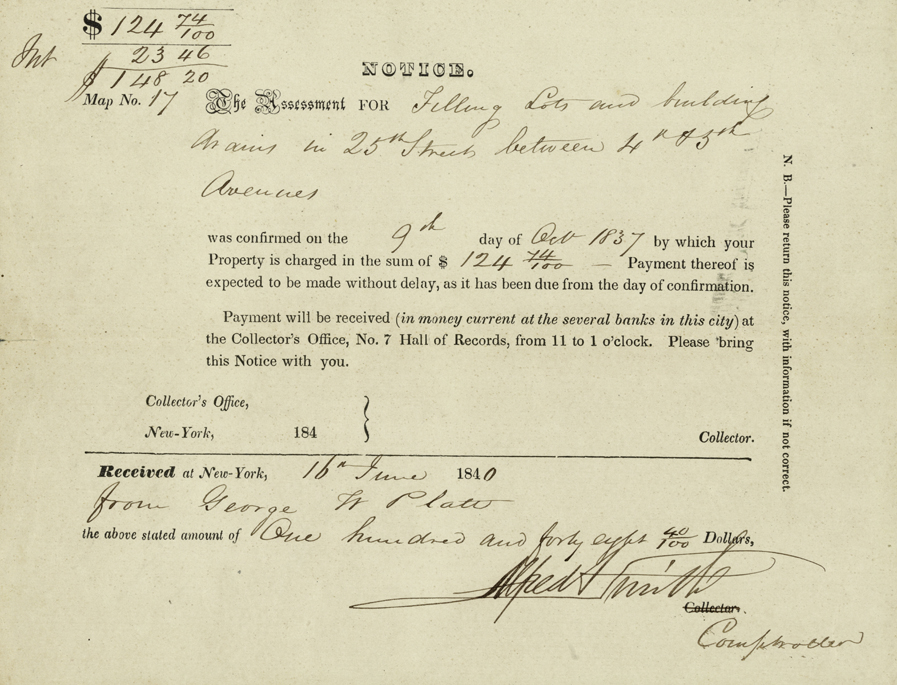 According to this receipt for a paid assessment, George Platt was charged $124.74 for filling lots and building utility pipes on 25th Street between Fourth and Fifth Avenues, improvements motivated by the state legislature’s recent decision to establish Madison Square Park. The Supreme Court confirmed the assessment in October 1837, but Platt did not pay the sum until June 1840, and as calculated in the upper left corner, this delay resulted in an 18 percent interest charge in about three years. AR