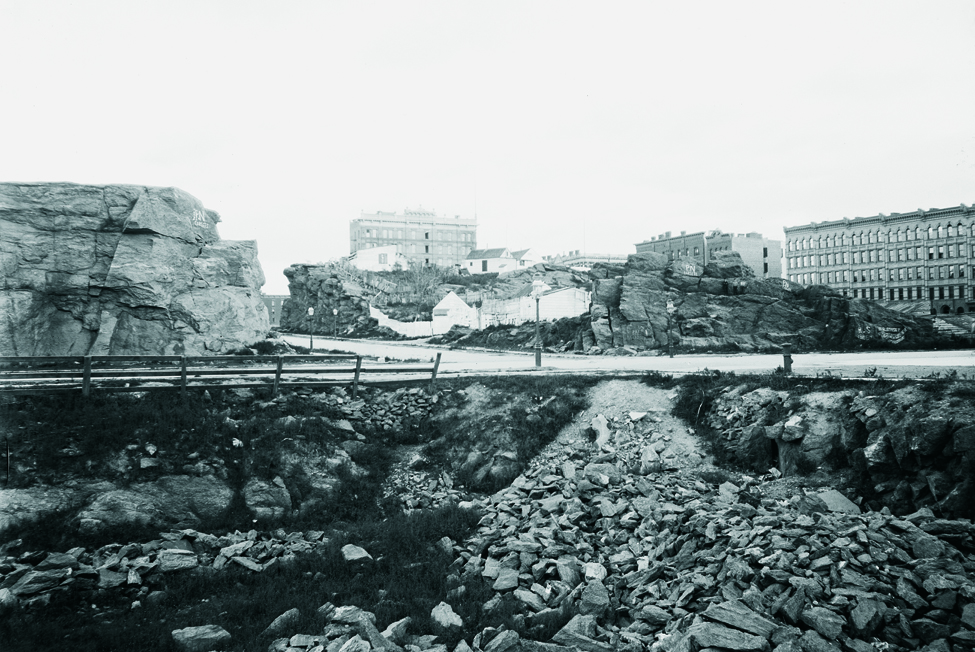 Grading left some lots below street level. When that happened, lot owners had to fill in their land themselves to bring their property back up to grade. For the owners unwilling or unable to take on this task, living in a pit had its consequences. As he explored northern Manhattan in December 1897, looking for natural springs, James Reuel Smith encountered a German man whose house and the vacant lots around it had been left seven feet below 115th Street after the graders had finished their work. In Robert L. Bracklow’s photograph of the grading at 117th Street and Fifth Avenue, the lot in the foreground sits below street level while the blocks across the intersection remain above grade on rock outcroppings. CY