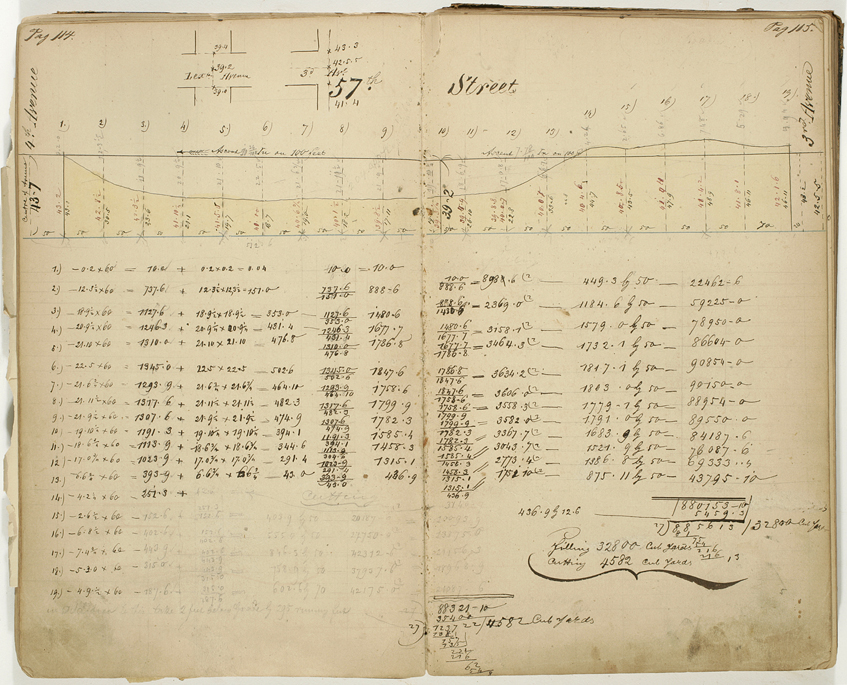 The Commissioners’ Plan of 1811 established where the city’s future streets and avenues would be located, but it did not specify the elevation or slope at which they would be constructed. Half a century later, city surveyors such as Peter Dreyer were still measuring the amount of earth that would need to be excavated when the grid was fully implemented. In the pages shown here from his Memorandum Book of Surveys, Dreyer calculated the amount of “cutting” and “filling” required to level the ground in preparation for the construction of 57th Street between Third and Fourth Avenues. According to his estimates, approximately 4,582 cubic yards would need to be cut and 32,800 cubic yards filled to level the surface of this portion of 57th Street. The difference between these two figures is visually evident in Dreyer’s sketch, which illustrates how the majority of the topographic relief along this city block was below street grade and would have to be filled when the grid street plan was extended to the Upper East Side. RR