A Biblical View of Public Works 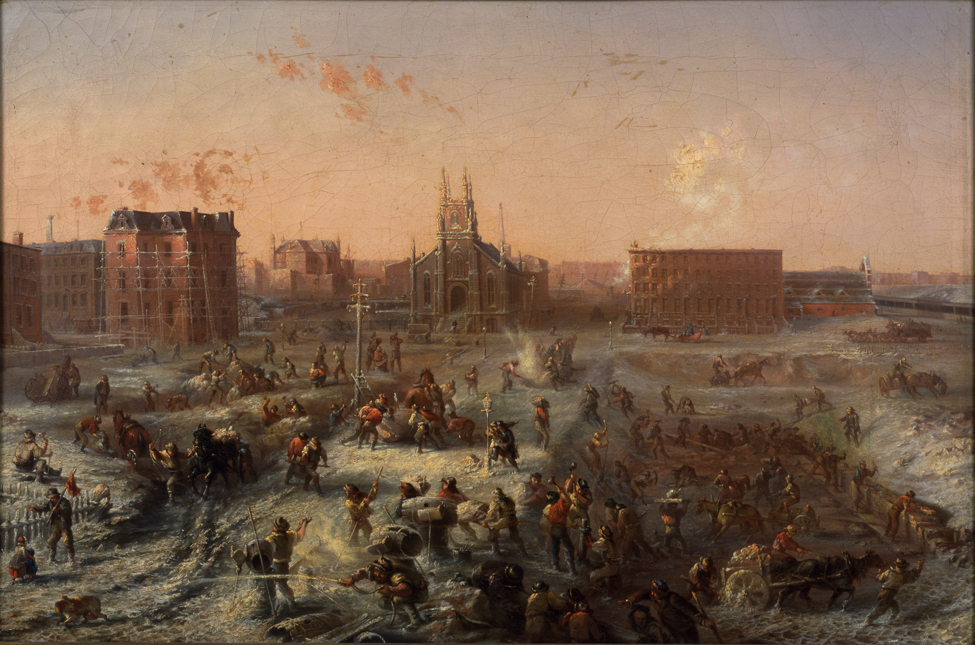 Alessandro E. Mario, Give Us this Day Our Daily Bread, 1869. Oil on canvas

Collection of The New-York Historical Society, 1939.586

Alessandro E. Mario presents the building of New York as an almost biblical endeavor. From an elevated vantage point looking west along 46th Street from Third Avenue, the viewer looks down on a multitude of men pouring over a landscape. The painting catalogs the various labors involved in street construction: men chisel rock with hand tools, cart off rubble on horses, build foundations, and carve out new streets. They are involved in a tremendous project, the erection of a grand city, but the workers toil on this endeavor anonymously.

The drama unfolds before a Presbyterian church (which became St. Peter’s Evangelical Lutheran Church in 1871), a focal point of the painting as its tower is highlighted by the sun and the angled path of 46th Street. St. Alban’s Episcopal Church can also be made out to the right, on 47th Street between Park and Lexington Avenues. As suggested by the title of the painting, an excerpt from the Lord’s Prayer, the men exchange their hard labor not for glory but for their modest daily bread. AR