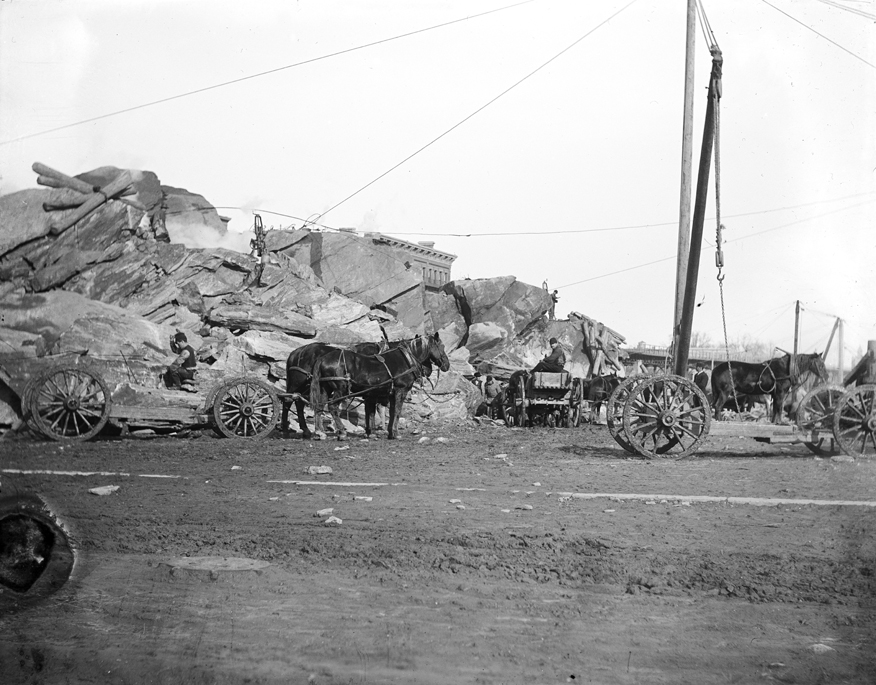 Issachar Cozzens, in his Geological History of Manhattan or New York Island of 1843, described the challenges the graders faced in opening the streets: “the Diluvium is a tough cement of clay, gravel, and boulders, very hard to dig. In digging through 42nd Street, the pickaxes had to be used for every shovelful of this clayey cement which formed what is called, a hard-pan, of about 14 or more feet in thickness.” Bedrock that could not be cleared by shovel and pickaxe often required gunpowder to remove. In this photograph by Robert Bracklow (1849–1919), a team of laborers uses a system of pulleys and winches to pull large rocks from a site at 81st Street and Ninth Avenue, near where the Museum of Natural History stands today. Horse-drawn carts would drag away the rubble, which then could be used as building material or to fill in swamps and valleys. By this time, the Department of Public Works employed over 1,000 laborers. CY